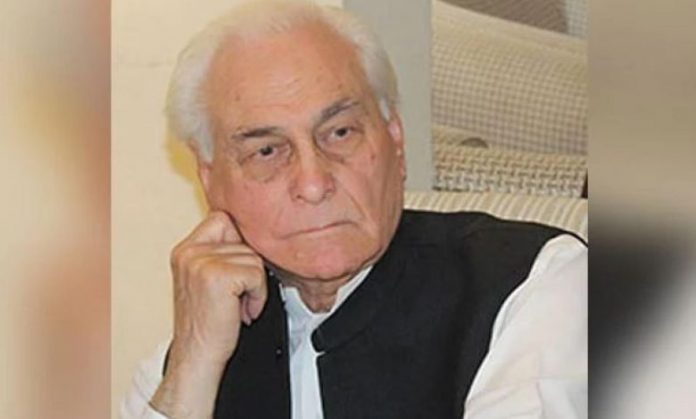 Interestingly, following the appointment of Azam Khan’ appointment as chief minister, some TV channels ended up mistaken him for his namesake who was the principal secretary to Prime Minister Imran Khan.

Caretaker chief minister Azam Khan belongs to Parang area of Charsadda and is brother of former Inspector General of Police Muhammad Abbas Khan. Azam, a career bureaucrat, has worked on top bureaucratic positions in both the KP and the center. In addition to this, he has also served as KP minister and caretaker federal minister for interior.

He holds a law degree from University of Peshawar also did his bar-at-law from Lincoln Inn London.

Sources said that Azam Khan’s name was proposed by the opposition leader and former chief minister Mahmood Khan agreed to it.

Besides, the media chatter states that Azam Khan is acceptable to all the political parties as he has family relations with all major families of the province.

However, it is expected that Azam Khan will abide by the Constitution and will ensure to hold free and free polls for KP assembly.