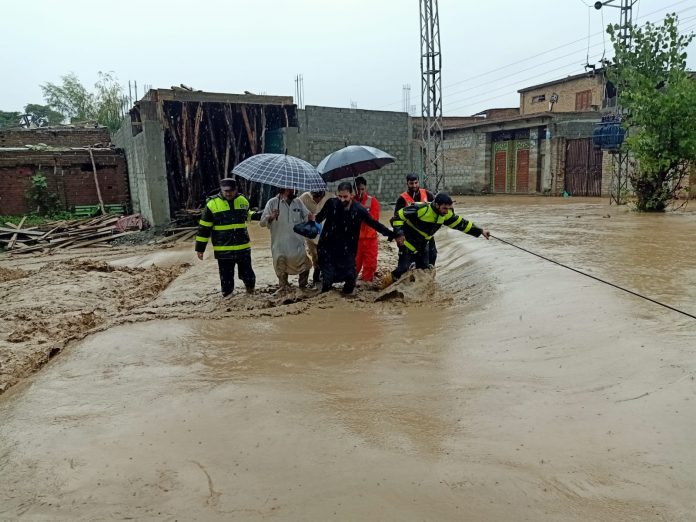 Khyber Pakhtunkhwa government on Friday declared flood emergency in Swat district, which has been ravaged due to the devastating floods.

District administration said that flood waters have entered homes besides the Kalam’s historic mosque. The raging torrents have also washed away Behrain-Madyan road, leading to the suspension of traffic in the area.

In addition to this, a spokesperson for the Motorway Police said that Swat Expressway has also been closed for traffic due to the land sliding.

He said that traffic inbound from Islamabad and Peshawar was using the Palai interchange, while the motorway has been closed at Chakdarra for the vehicles coming to Peshawar or Islamabad.