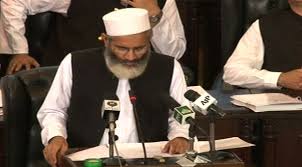 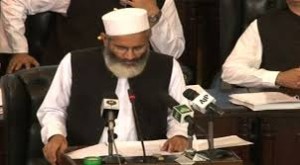 The provincial Minister for Finance, Mr Sirajul Haq, presented the budget at the KP Assembly amid protest by the opposition benches. A Rs105 billion sum has been sanctioned for 1,250 developmental projects under provincial development programme.

The finance minister also announced 10% increase in salaries and pensions of government employees.

The minimum wage was fixed at 12,000 rupees a month and minimum pension at 6000 rupees.

The provincial assembly was informed that Rs1.11 billion had been allocated for women/social welfare while the yearly budget for police department was increased from 23 to 27 billion rupees.