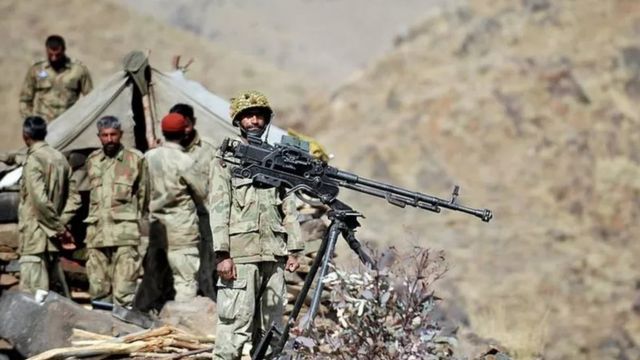 Khyber Pakhtunkhwa government spokesperson Barrister Muhammad Ali Saif said that there were reports of militants’ presence in the mountains of Matta tehsil of Swat and police was working to thwart the armed people activities.

Speaking to TNN, Barrister Saif said that issues that have arisen in Swat will not affect the ongoing talks and jirga. However, he feared they such incidents have the potential to spoil the environment.

He said that both sides were of the view that the talks should continue.

However, he also agreed with the Taliban contention, their cadres in Swat even before the recent arrival from Afghanistan. “Taliban have neither arrived from Germany nor Russia, rather, they were Swat’s residents,” he said.

He said that those who have arrived from Afghanistan have also been joined by their local supporters.

Barrister Saif said that to ensure peace, government has dispatched police, elite force and other security forces to the district to avert any eventuality.

He said that the recent flare up was localized issue and  not something major one. “The incident took place in remote mountainous area of Matta and there was peace in rest of Swat,” he said.

He said that tourists spots of Swat including Kalam, Madiyan, Behrain and Malam Jabba were open for tourists and security forces were in full control of the situation. “Tourists can go to these spots to enjoy their scenic beauty,” he said.

Earlier authorities had issued a 72 hours deadline to terrorists to leave the area, which has ended and police and army have made preparations for joint operation against militants which may start within next 48 to 72 hours.

In addition to this, a unit of the army has also arrived in district.

Earlier KP police has issued has issued warning to the militants to leave upper parts of  Swat by mid night on August 12 and in case of failure to do so an operation will be launched against them within next 72 hours.

This decision was made in a meeting chaired by the KP police chief Moazzam Jah Ansari. The meeting took place at the Fizaghat rest house. IG KP made it clear to the police officials that terrorists and their hideouts in the districts will never be tolerated and also directed for setting up police check posts in upper area of the district besides increasing patrols.

Besides, police has also setup check posts at entry and exit points of seven tehsils of the district and those visiting and leaving the areas were being monitored.

Security sources said that KP police chief also tried to persuade the Taliban to leave the area and avoid disturbing the district peace.

However, sources said that immediately it was not clear if the militants have left the area or were still there.

On the other hand, security sources also a unit identified as 9-NLI has arrived in Swat. This unit is reportedly taken part in 2010 military operation and received award for its performance.

Earlier on Friday, locals in Kabal and Khawazakhel tehsil of Swat took to the streets to protest recent incident of terrorism. The protesters also announced to stand with the authorities in elimination of terrorism.

Swat Hotels Association president Zahid Khan said that they will fully support any operation against militants.