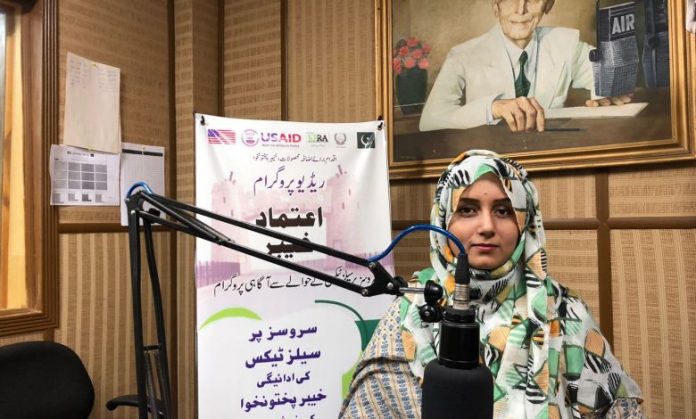 Khyber Pakhtunkhwa government has reduced the sales and services tax ratio for 28 sectors including hotels, beauty parlors, workshops and travel agents in the current fiscal.

At the same time, KP government has also pitched the province’s sales tax revenue target for the current fiscal at Rs 35 billion.

Here the question arises that how the Khyber Pakhtunkhwa Revenue Authority (KPRA) is going to achieve this target.

KPRA with the assistance of the USAID funded KP Revenue Mobilization Programme (KPRM) has launched a drive to raise awareness regarding bring more and more businesses and individuals into its tax net.

KPRA Assistant Collector Hassan Khan said that currently they were collecting sales tax on at least 47 services. He said previously sales tax was levied on only 13 services, which has now been increased to 47 sectors.

However, he said that the telecommunication, transportation and construction sectors were largest contributors to the sales tax on services in the province.

Besides, he said that sales tax was also collected from beauticians and drilling. Mr Khan said that they reduced the tax ratio on 28 services. “In 2019, hotels were paying 15 percent in sales tax which has now been reduced to eight percent,” he said.

He said that in the current fiscal government has pitched the sales tax collection target at Rs 35 billion; however, tax ratio has not been increased even for one sector.

Mr Khan said that the tax has been reduced on hotels, beauticians, commission agents, franchises and security sections.

Similarly, he said that the restaurant invoice management system or RIMS has been installed at hotels, marriage halls and beauty parlors and these sectors tax ratio has also been reduced.

Mr Khan said that tax targets are set by the government every year and they are set in the view of economic activities.

However, he said that during the current year tax ratio on new services has not been increased, rather, they were focusing registering new taxpayers to meet their target.

He said that the telecom sector paid the highest levy of sales tax while hotels, commission services, rent a car, laboratories and beauty parlors paid the lowest ratio. Besides, he said that taxpayers can obtain more details from the KPRA or its website.

He said that KPRA system was completely transparent and the money collected from the taxes was spent on people again.

Mr Khan also asked the public to pay their taxes and contribute to the development of their province.