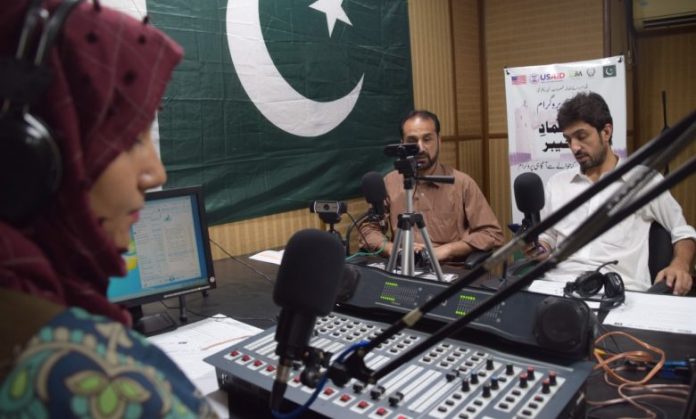 Khyber Pakhtunkhwa Revenue Authority has in the last fiscal collected Rs 30 billion in sales tax against a target of Rs 27 billion.

KPRA authorities said that they have taken timely steps to raise awareness among masses regarding tax collection in collaboration with the USAID funded KP Revenue Mobilization Programme.

They said that due to these efforts, the authority did not face any trouble in meeting its tax collection target.

KPRA Assistant Collector Hassan Khan while talking about authority’s plan and efforts to meet its targets said that government had pitched sales tax target in 2021-22 at Rs 27 billion.

He said that authority was thankful for the public and businesses for paying their taxes faithfully which enabled KPRA to meet its target.

Mr Khan said that currently provincial government was very much satisfied with the KPRA and its target has also been increased to Rs 35 billion for the current fiscal.

“These monies will be utilized on the public welfare and operations of the government,” he said.

Explaining the KPRA planning process, he said that the authority’s management and finance minister analyze the economic situation and then set a target for tax collection.

KPRA inspector Hizbullah said that in 2021-22, sales tax collection target was set at Rs 27 billion; however, he said that authority managed to collect Rs 30 billion during the year.

Mr Hizbullah said that at the outset it even did not occurred to them that this target was achievable.

However, he added that the KPRA with the help of the World Bank and USAID arranged seminars to raise awareness which was major factor in the achieving the target.

He said that though it was huge target; however, the authority arranged several awareness seminars to educate the masses. “People are getting educated about tax collection and they will also manage to meet their next year target as well,” he said.

Mr Hizabullah said that KPRA was collecting good amount of sales tax from telecom, construction and other sectors. “More business activity in the province will generate more taxes for us,” he said.

Besides, he said that with the passage of time, people of KP were also taking interest in paying their due share of taxes.

On the other hand, Mr Hassan Khan said that KPRA was relatively new organization and was only nine years old. He said that efforts of KP government, provincial bureaucracy and authority’s staff and people who pay their taxes honestly led them to achieve this milestone.

Mr Khan said that KPRA’s basic job was to collect sales tax on services. However, he said that KPRA had reduced the tax ratio during the Covid-19 pandemic as businesses were hit hard due to the lockdowns.

However, he said that KPRA efforts were bearing fruits and more and more people were paying their taxes.

Payment of taxes will lead us to self-reliance and enable us to run the system from our own tax collection, he said.

Besides, he said that taxes were not collected in cash, rather, deposited trough banking transactions.

“There is no chance of money being wasted in the process,” he said. Mr Khan said that government at the end of year analyzes as where to spend this money.

Besides, he said that KPRA has also setup a desk to ensure accountability from where public can get required information. In addition to this, consumers can dial 091-111-005-722 regarding their monthly return files and also register their complaints.

Mr Aftab said KPRA has no agreement with any other organization regarding collection of sales tax on services. “Therefore, the businesses should have good understanding of their tax system,,” he said.