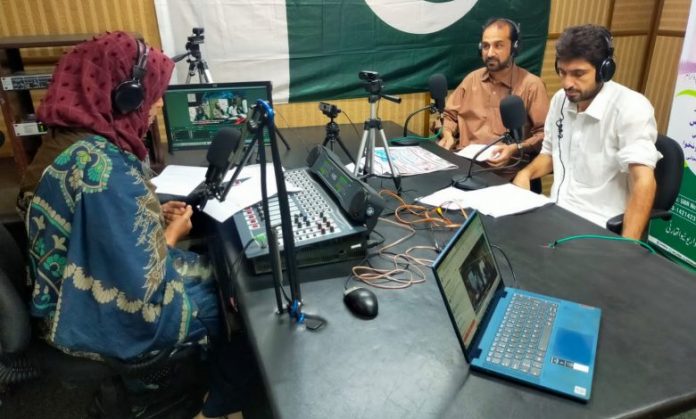 Khyber Pakhtunkhwa Revenue Authority (KPRA) has said that action will be taken against those service providers who do not register themselves with the authority.

However, it raises the question of why the service providers would register themselves and would receive in return for paying taxes.

Speaking USAID funded radio awareness program, KPRA Director Revenue Aftab Ahmed said the businesses should get themselves into tax net as it was everybody responsibility to follow their country’s laws.

Besides, registration with tax authorities also helped them with future business planning.

Mr Aftab said that registration of service providers with tax authorities ensured accountability mechanisms globally. He said that for instance an unregistered contractor cannot get contracts.

“Registered economy made it easier government jobs of accountability,” he said.

Hizbullah Khan, a tax inspector with the KPRA said that currently 18,200 businesses were registered with the authority. He said that majority of them were contractors and restaurants. Mr Khan said that registration with the authority was necessary to be eligible for applying to government tenders.

He said that the authority’s job was to impose tax on service providers in the province.

Mr Khan said that KPRA collections contribute a great deal in provision of health, education, security and other development expenses in the province.

He said that though mostly taxes are treated as burden; however, KPRA collection of sales tax on service impacted the consumers and not the service providers.

He said that during the current year, the authority has setup facilitation centers in Peshawar, Abbottabad, Bannu and Mardan, where about 1000 service providers have registered themselves.

On the other hand, Mr Aftab Ahmed said that contractors not registering them with the authority would not be eligible to apply for tenders. He said that now most of the contractors have realized the importance of taxes and getting them into the tax net.

Mr Aftab said that tax culture was gradually and slowly taking root in the province. “Our tax collection figures show that people growing trust in us,” he said.

However, he said that under the section 49 of the relevant legislation, the authority has can seal a business premises for not paying tax.

He said that businesses can register themselves with the authority and in case of failure to do so, they issue show cause notices to them and then register them under the relevant laws.

However, he said that KPRA tax payment date was 15th of every month and submission of tax return on 18th.

Mr Aftab also asked the business women to pay their fair share of sales tax as the development of the province required great resources. He said that their taxes money was spend on mega development projects like Peshawar Bus Rapid Transit and other projects.

Earlier last month, in his budget speech, KP Minister for Finance Taimur Saleem Jhagra had praised the authority role in the province’s development.

Mr Aftab said that the authority which has started with the only 200 tax payers has registered thousands of businesses across the province while its tax collection has jumped to several billion.

He said that in third party surveys, 99 percent of people expressed their confidence on the authority and its staff.

Mr Aftab said that service providers can visit their offices anytime during office hours to register them. “We will facilitate them to the best of our abilities,” he added.