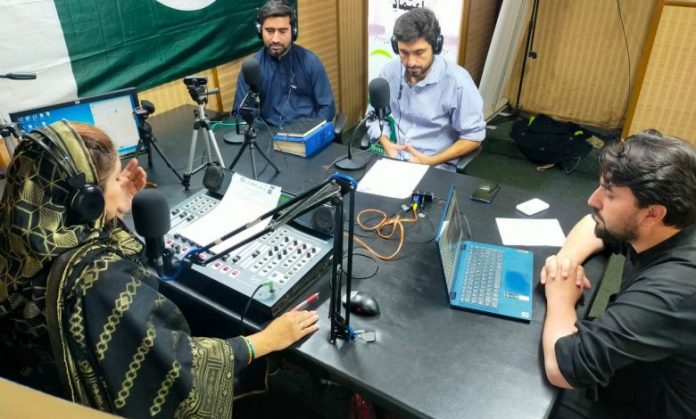 Khyber Pakhtunkhwa Revenue Authority’s has put in place mechanism to keep the taxation system on track by making services providers and other authorities accountable.

According to the authority, any organization or service provider not paying tax could face legal consequences.

However, explaining the process of making these bodies accountable, KPRA deputy collector Ijaz Ali Khan said that the authority has all kinds of powers to bring those associated with service providers into tax net.

Currently, KPRA is running an awareness campaign with the help of the USAID.

Mr Khan said that the authority has two types of accountability mechanisms, wherein at one hand, it checks performance of its staff while on the other hand, it also keep tabs on service providers from whom it collects the sales tax on services.

He said that for internal issues the authority has setup a directorate and investigation and inquiry, which checks the staff performance.

Besides, on the other hand, the authority also checks the payment of taxes by the service providers as well the volume of their business. He said that the check this on daily basis and quarterly reports are prepared about them.

Mr Khan said that tax was universal source of income for government. However, he added it was not just meant on collection of money, rather, it also helped with the documentation of economy.

Mr Khan said that tax payers are issued a code and passwords after enter the tax net to enable them to submit their tax returns online.

However, he said that those not filing tax returns are issued reminders through telephone calls and emails. “Even if they refuse to do so, then the authority goes for legal action against them,” he said.

He said that KPRA has the powers to seal businesses, forfeiture of license or demand data. However, he added that so far they have not received any complaint against any service providers which may have resulted into similar action.

He said that the customers should known there are hand written receipts as well as those generated by a computer or restaurant invoice management system RIMS having national tax number or NTN.

Mr Khan said that taxes from the receipts having NTN number directly go into government treasury.

He said that the authority will take action against those restaurants and businesses issuing hand written receipts to customers. Mr Khan said that people can also inform KPRA WhatsApp number 03331421423 to register complaint against those issuing such receipts.

He said that they used to take great care of income of rich and poor in the process of tax collection. Besides, he said that those availing services in five-star hotels can afford high taxes which have 15percent of tax while dhabas on the other hand have to pay only two percent.

Those eating on dhabas have to pay Rs 2 in tax when they spend Rs 100 on eating on such spots and the tax goes into government treasury to pay for the development of the province.

Besides, he added that taxes in restaurants are only collected through RIMS and it was giving positive results.

He said that KPRA was making efforts to install the same system for salon over next two years.

Mr Khan said that KPRA was playing a crucial role in province development. He said World Bank annually evaluated the authority performance for the past three years, authority’s performance has stood 97 percent.