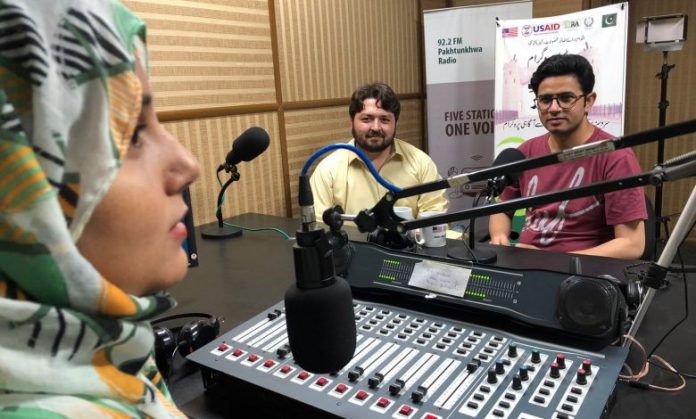 Khyber Pakhtunkhwa Revenue Authority (KPRA) officials said that they have setup a universal call center to facilitate public and taxpayers.

The officials said that this center ensure easy and quick resolution of public and taxpayers issues.

The call center has been setup with the assistance of the USAID funded KP Revenue Mobilization Programme (KPRM) and on daily basis it receives about 14 calls during office hours.

KPRA director legal reforms Aftab Ahmed said that they were constantly trying to facilitate the taxpayers whether it is filing of returns, payment of taxes or any other issue. He said that KPRA was also working to improve its communication system, which records all calls made to the authority. Besides, he said that the public can approach the authority through email, letters and social media to record their complaints. However, he said that setting up of this call center has brought the resolution of taxpayer issues just a call away.

In the past, taxpayer used to find it difficult to communicate with the KPRA; however, this setting up of this call center has resolved this issue. “We are receiving up to 14 calls from customers per day,” he said.

Mr Aftab said that the call center was setup earlier in June this year with the assistance of USAID. Besides, he said that KPRA staff has been trained on the system which had the potential to receive up to 30 calls a day.

Sometimes, taxpayer forget their passwords or IDs; however, they can recover it via CNIC or mobile number, he said. He said that the KPRA system was fully secure and has not faced any cyber attack so far.

However, he said that in past they had issues with their system, which were gradually resolving.

Regarding the call center, he said that it provided immediate answers to the taxpayers questions, which was previously not possible.

Whenever, someone calls the call centers, the same call is also put through a relevant official and the issue is resolved at the spot, he said.

Besides, he said that it also provided data and other information, which made their job easier.

Mr Aftab said that some days back due to some glitch, tax returns were not filed and they started to receive many calls about tax rates. “This system is helping us increase the number of tax filers,” he said.

He said that call center provides an organized system for the resolution of public complaints and they were getting real time response to their issues.

However, he said that sometimes, their call center also received fake calls. He also asked the public to avoid making such calls so as to not hamper genuine people who are seeking resolution of their issues.