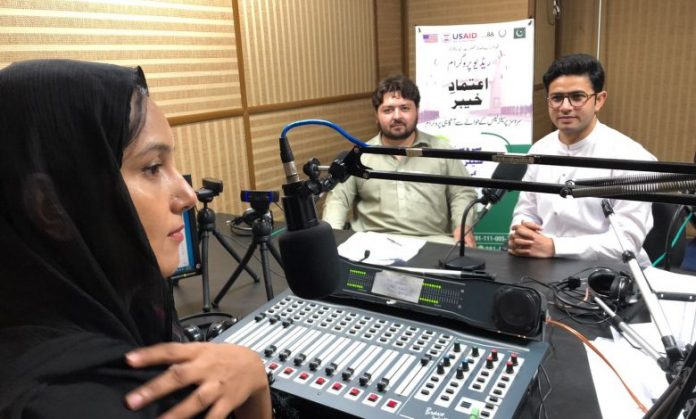 Khyber Pakhtunkhwa Revenue Authority (KPRA) officials said that they have introduced e-hearing at regional level to address to taxpayers grievances.

They said that the e-hearing has been introduced with the assistance of the USAID funded KP Revenue Mobilization Programme (KPRM). Similarly, KPRA has also launched an awareness campaign with the USAID help to raise more taxes in the province.

KPRA Assistant Collector Hassan Khan explaining the authority decisions on grievances said that such verdicts usually take up to four months. “We settle taxpayers’ issues during this period,” he said.

Mr Khan said that only 30 to 40 percent of litigants have gone to appellate tribunal against our decisions, which also reflected public trust in the authority.

He said that the authority has decided 320 complaints, which were accepted by the individuals or businesses concerned. In addition to this, any consumer having an issue with the service provider regarding tax can approach the authority through its social media accounts.

Mr Khan said that a registered taxpayer can file and represent himself without hiring a lawyer before the authority. However, if a complainant has lacked understanding of tax issues, then, he can approach the authority’s collector through his lawyer.

In addition to this, he said that someone not satisfied with the KPRA orders, can contest it in tribunal.

Mr Khan said that KPRA has 19,000 registered taxpayers; however, none of them has so far gone to tribunal, which reflected public trust in the authority.

In addition to this, he said that taxpayer not satisfied with authority decision can also approach the Peshawar High Court for review.

Collector Reader Muhammad Waqas said that so far they have received 924 cases and 870 of them have been decided.

In addition to this, he said that people from remote areas, who cannot travel to cities, can avail the e-hearing service for the redressal of their complaints.

A taxpayer can approach the tribunal against collector appeals decisions and high court against tribunal decision.

Currently, we are hearing 50 cases, he said.

Mr Khan said that no one can file a complaint at regional offices and for this they have to visit the provincial capital.

However, he said that they have arranged hardware for complainants at Mardan, Bannu and northern areas to register their complaints at regional offices.