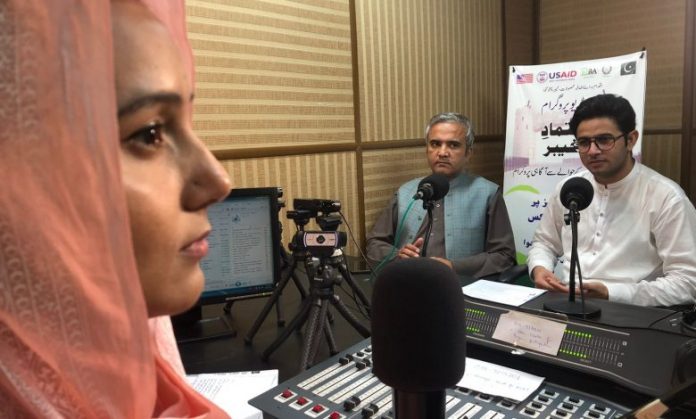 Khyber Pakhtunkhwa Revenue Authority (KPRA) has setup video conferencing and e-hearing systems to facilitate the taxpayers and improve its system.

The system, according to officials, will help the taxpayers in solve issues from their homes and has been put in place with the assistance of the USAID funded KP Revenue Mobilization Programme (KPRM). KPRM has also provided the necessary equipments for the purpose.

Regarding the functioning of the system, KPRA spokesperson Sohail Raza Khattak said that the authority was digitizing its working. He said that for this purpose devices provided by the KPRM have been installed and it will help resolve taxpayers’ issues.

However, he said that currently this system was for the KPRA staff who were using it for video conferencing; however, it can also help the taxpayers.

Mr Khattak said that KPRA regional offices staff were finding it easier to attending meetings from their offices instead of coming all the way to Peshawar. “Currently we are holding training workshops in connection with the KP Sales Tax on Services Act 2022,” he said.

Besides, he said that for the taxpayers they were going to create a video link from the next month, which will enable them to attend meetings with the staff.

Mr Khattak said that the system was helping them in staff training. “We are training our staff via video link and it is also helping us save costs,” he said.

Regarding e-hearing system, Mr Khattak said that this system helped arranging electronic hearings of complaints. “This saves a complainant from physical attendance in connection with his complaint,” he said.

He said that the complainant can depose electronically in connection with KPRA cases before a judge and the judge can also deliver his decision.

He said that digitizing the system helped the taxpayers. Mr Khattak said that in case of a taxpayer from Mansehra having an issue can contact the authority via e-hearing system. He said that before the introduction of the system, the complainants had no other option except visiting the KPRA office.

However, now they can resolve their issues from their homes.