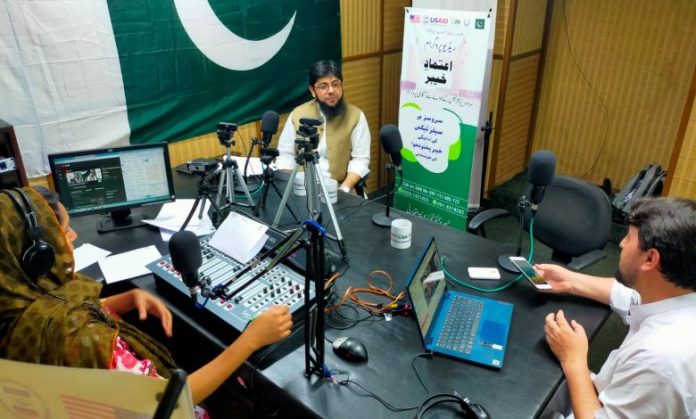 KPRA is mandated to collect sales tax on services in province.

At present, KPRA is carrying out an awareness drive to bring businesses in the tax net with the collaboration of the United States Agency for International Development (USAID).

Abdur Razaq, KPRA’s deputy collector tax, said that the authority was setup in 2013 when the sales tax services collection was transferred to the province after the 18th Constitutional Amendment.

He said that initially sales tax on services was imposed on 12 services while would be imposed on 47 other services.  Besides, he said that there was indirect taxation on telecom, construction, banking, medical and bargaining services.

He said that indirect taxes were collected from the consumer upon provision of services in those sectors and then will be deposited with the KPRA.

KPRA figures show that the authority collected Rs 30 billion in taxes in 2021-22 and this constitutes about 60 percent of province own tax receipts.

Assistant Collector KPRA, Imran Ahmed while explaining the procedure of brining a business into the tax net said that the services providers were registered for this purpose.

He said that besides service providers, but those government bodies providing services would also deposit their service taxes.

Regarding the registration, he said that under the relevant legislation, the service providers need to have a national tax number or NTN. Then the service provider has to submit to the authority, his NTN number along with a copy of identity card and bank statement. “There is no fee for registration and it would be done online,” he said.

In addition, to boost tax culture in the province, KPRA is arranging training workshops for its staff, wherein they are trained about tax collection as well as improving their performance.

In this regard, KPRA recently arranged training to impart digital forensic training for its staff, which was attended by a large number of tax collectors.

The workshop was arranged by the USAID and the participants were trained about forfeiture of records of individuals and businesses involved in tax frauds, extraction of information from forfeited data and presenting this as evidence before courts.

KPRA additional collector north Umar Arshad said that they were trained about new techniques of tax collection of which they were previously unaware.

This workshop will help us tax collection and information technology side and in future this training is going to help us addressing many issues, said Inspector Rubina Baloch.

Besides, KPRA is also running an awareness campaign regarding Restaurant Invoice Monitoring System or RIMS. In this regard, KPRA staff visited many of the city restaurants, where RIMS system was installed.

The staff at this occasion checked receipts and directed the restaurant managers to strictly implement the system. They also offered all possible help in addressing any RIMS operational issue.

Besides, more than 200 businesses and individuals registered themselves with the KPRA in the north zone.

To make this happen, KPRA team in collaboration with the USAID made door to door visit to businesses in Manshera, Galiyat, Balakot, Naran, Kaghan and other areas in its 10 days drive and briefed them about registration with the authority and sales taxes on services.

During this campaign, Manshera Tent Services Association announced to get their members registered with the authority and pay their taxes regularly.