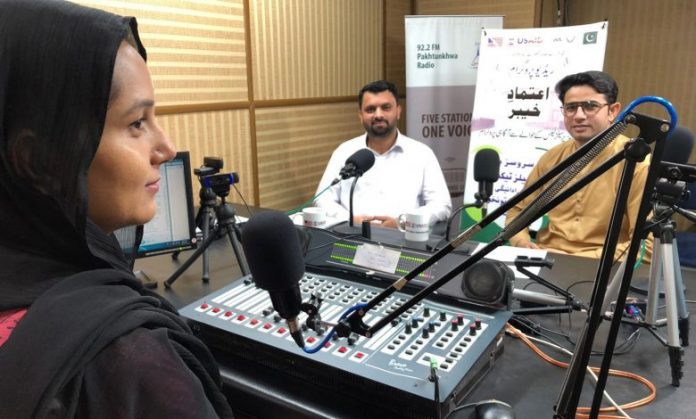 Khyber Pakhtunkhwa Revenue Authority (KPRA) officials said that tempering of tax records was a crime and carried punitive action under the relevant provisions.

To inform taxpayers about the tax related issues and legislations, KPRA is conducting an awareness session with the collaboration of the USAID funded KP Revenue Mobilization Programme (KPRM).

Assistant Collector KPRA Imran Ahmed told TNN that there were 93 sections of the authority legislations related to offences and punishment they carried. He said that under section 53 punishment and fines are imposed. “If a taxpayer fails to submit his returns without a solid reason, then, the authority can act against him under section 53,” he said.

Mr Imran said that a court hears the case and delivers its verdict.

On the other hand, Sadiq Shah, an inspector with the KPRA said that the authority first tried to register taxpayers voluntarily. In case of good performance of a service provider, even the authority issued a commendation certificate to them.

Mr Shah said that in case a taxpayer fails to file his returns by the due date of 18 of every month or is reluctant to file his returns despite repeated reminders, then, the authority issued him a show-cause notice. “When a service provider fails to come up with a solid justification for his lapses, then, the authority can levy a fine and other punishment as well,” Mr Shah said.

He said that avoiding KPRA tax fell in the category of fraud and carried a fine of up to Rs 100,000. In addition to this, owners tempering his business records can also carry fines as authority has powers to ask for business records anytime.

Mr Ahmed said that KPRA legislation provided punishments and fines for different offences related to the authority mandate. He said that the law provided for 19 types of punishments including jail and fines.

Mr Ahmed said that in case a businessman fails to register his business or fails to share his invoices’ with the authority after registration of business, action can be taken against him in both instances.

He said that in case a taxpayer fails to file his returns by 12th of every month, a notice is issued to him and if he fails to do the same by the 18th of the month, he is fined under the relevant legislations.

However, he said that to facilitate taxpayers, the KPRA act has been amended from July 1 and now taxpayers can file their returns by 29th of every month; however, in case of failing to file the returns on this date will invite a Rs 9,000 fine.

Mr Imran said that if a taxpayer has some legitimate grounds for failing to file the returns, then the authority will not punish him.

Regarding record tempering, he said that it was a serious offense. He said that filing tempered records or tax evasion both carried a Rs 100,000 fine and five years imprisonment, if the value of the due tax is up to Rs 100,000.

Similarly, he said that if a service provider charges more tax from a customer and pays less to the authority then it can also invite a fine.

In case of excess charging of tax by a withholding agent, the customer can complain to the authority on WhatsApp or Citizen Portal.

However, he said KPRA was utilizing radio, TV and newspapers to raise awareness among masses. Besides, he said that the authority’s communication team used workshops, hoardings and panaflex to get its message across to the taxpayers.