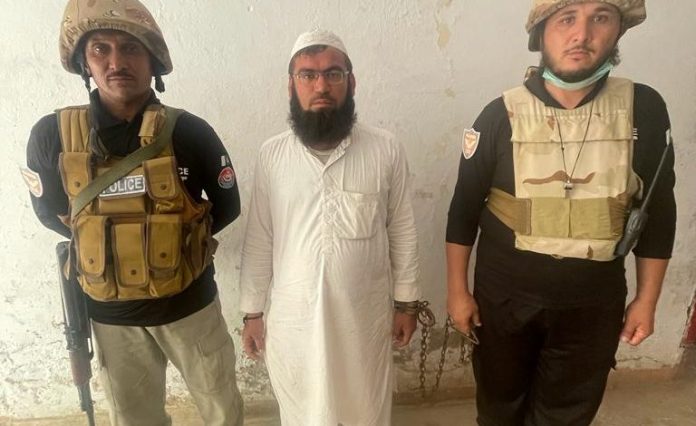 Police in Lakki Marwat district have arrested an accused for harassing women in a local park and forcibly stopping them from taking pirate boat’s ride.

The incident took place on the Independence Day when some women were embarking for a pirate boat ride, a youth identified as Naqibullah Abakhel asked the females to desist from taking the pirate boat ride terming it to be in violation of Pashtun traditions.

However, after the park administrator refused to disallow the females from taking the ride, the youth himself forcibly disembarked the women from the ride.

At the same time, the youth was broadcasting this episode live on his Facebook. The video showed that the police personnel present at this occasion remained unmoved and did not bother to stop the person.

The video, when shared on social media, generated a heated debate, both people commenting in its support and opposition.

Former Pakistan Tehrik Insaf MNA retired Colonel Ameerullah Marwat said that he was very sad to learn about this incident. “Pashtun society held women observing purdah in great esteem; however, the youths did an egregious thing in the park,” he said.

He demanded the district administration to take strict action against those responsible for this recklessness.

Chairman Lakki tehsil council Shafqatulalh Khan while talking to the TNN strongly condemned the incident and promised investigation of the matter.

Mr Khan questioned how males were allowed to enter a family park and he will take action against the park administration.

Mr Khan said that women also enjoyed the same rights over government facilities as males. He said that they will take steps to provide a secure and positive environment for the females.

On the other hand, Lakki Marwat police spokesperson Shahid Hameed, when approached for comments, expressed his ignorance about the incident. He said that he will respond after taking the district police officer into confidence on this matter.

Later, after the DPO Ziauddin Ahmed direction, police arrested the accused Naqeebullah and registered an FIR against him.

A police statement issued here said that such behavior was unacceptable and no one was allowed to disrespect the women. “Strict action will be taken against those resorting to such acts,” the statement said.

Police also issued a video of the accused after his detention, wherein he could be seen apologizing to the women for his act. The accused also asked other people filming such videos.

Gohar Wazir, provincial president of Pashtun Progressive Writers, told TNN that whatever took place in the Bannu family park was a product of negative thinking.

He said that there would be few people who would stop their women from going to receive funds from Benazir Income Support Programme and Sadai Aman programme as they were financially benefiting from such initiatives.

Mr Gohar said that the same people were never shy away from selling their daughters, denying them their right in property.

He said that many females were facing worst kind of oppression in their homes and males consider it as their right to torture and abuse their females.

Mr Gohar said that the family park was only meant for females.

It is pertinent to mention here that such incidents routinely take place.

In Bannu district, there is a ladies park, which is not used by women.

In 2003, Qazi Fazal Qadir park was set up in Bannu and a portion of it was designated for females; however, the women portion was later abolished.

Besides, a family park has been set up inside Bannu cantonment; however, locals were running a campaign against it, saying female visits to the park was against Pashtun traditions and promoted obscenity; therefore, should be banned.