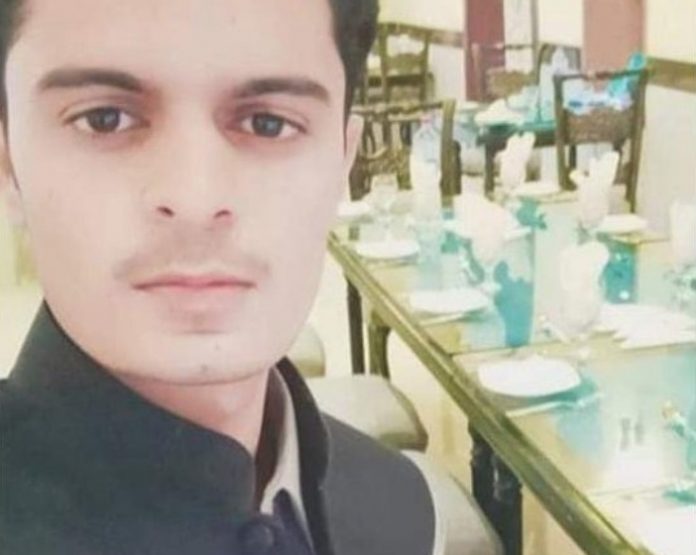 Rehanullah, 22, a student of BSc left his home in Mohallah Khudaida area of Lakki city in the afternoon on February 21, 2022 for his dairy farm and has not been seen since then.

Rizwanullah, his father said that they lost contact with his son around 5pm that evening. The family searched for the missing youth whole night and in the morning they approached the local police at around 1pm the next day.

Lakki Marwat police registered a case against unidentified kidnappers as the family suspected someone had abducted their son.

Mr Rizwan said that they were mostly focused on their business and had no enmity.

“Rehan’s mother is terribly upset over the disappearance of our son,” he said. Mr Rizwan said that no one in the family even bothered to don new dress on Eid.

Earlier in March this year, All Shopkeepers Union arranged a protest to press the release of the youth.

The family postponed the protest following the police assurances; however, police did nothing afterwards the postponement of the protest.

Some days before the Eidul Fitr, a large number of Lakki Marwat students studying in Rawalpindi and Islamabad met the family and decided to arrange a grand jirga of the district elected representatives and other elders.

Advocate Faridullah Meenakhel and tehsil chairman Shafquatullah Khan presided over the grand jirga which was attended by members of provincial assemblies, councilors, leaders of political parties and other elders.

The jirga expressed its dismay over delay in recover of the missing student. Besides, it said that his disappearance from the city was a question mark over the performance of district administration.

Former KP minister and MPA Hisham Inamullah Khan at this occasion said that in case of the students being kidnapped for ransom, he was ready to pay Rs 2 million to the kidnappers. “Even their names would be kept confidential,” Mr Inamullah said.

Besides, the jirga also formed a 16 members committee headed by the Faridullah Meenakhel Advocate to coordinate efforts for the recovery of the missing student.

Mr Meenakhel said that another youth Faisal Nadeem was missing from Lakki Marwat for past two years and the administration has failed to recover him as well. He said that committee planned to meet the district administration on Monday or Tuesday and review the progress made thus far. “After this meeting we will decide our future course of action,” he said.

He said that the committee has given the district administration one week for the release for the missing student.

On the other hand, police sources said that police could recover the missing student soon if powerful quarters do not interfere in policing.

DSP headquarters Iqbal Mohmand when approached for comments expressed ignorance about any arrests made in connection with the disappearance of the youth. He said that the mobile number s of the youth was also switched off. However, he added that police would soon recover the missing youth.