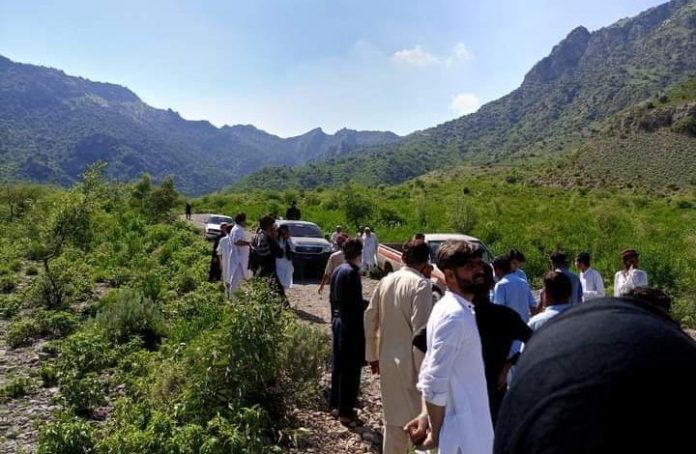 Locals shot dead an accused after he killed three of his companion who had gone with him a hunting trip in the remote Bilandar area of the Darra Adamkhel subdivision of Kohat.

Police identified the accused as Waseem, who had killed his three companions, apparently after some verbal exchange.

Baseer Khan, a local police official said that locals and relatives of the slain murdered the accused. He said that police was investigating the killings.

Mr Khan said that police rushed to the remote mountainous area after receiving reports of presence of human bodies in the area. He said that when and police and locals arrived at the scene, they found three dead bodies. The slain were identified as Mikael, his nephew Shah Fahad and neighbor Najeeb. The bodies were shifted to the Darra Adamkhel hospital for autopsy.

Shakir and Sabir, two relatives of the slain said that four friends used to go on hunting trip to the mountains every year. They said that they had gone on hunting some two days back and some verbal exchange could have lead to firing. Besides, they said that accused was also a drug addict, which could also have led to the murders.

How the accused was killed?

Locals said that the accused had fled to nearby mountains after killing his companions; however, he was located by the family members and other locals.

The locals shot him dead in a fit of rage.

Police has not yet registered an FIR of killings, mainly due to the murder of the accused and absence of eyewitnesses’ accounts.

The funeral prayers of the slain were offered in their native village and a large number of locals participated in them. Strict security arrangements were made at this occasion.