Home Health LRH has run out of beds due to large number of sick...
Facebook
Twitter
WhatsApp
Linkedin
Email 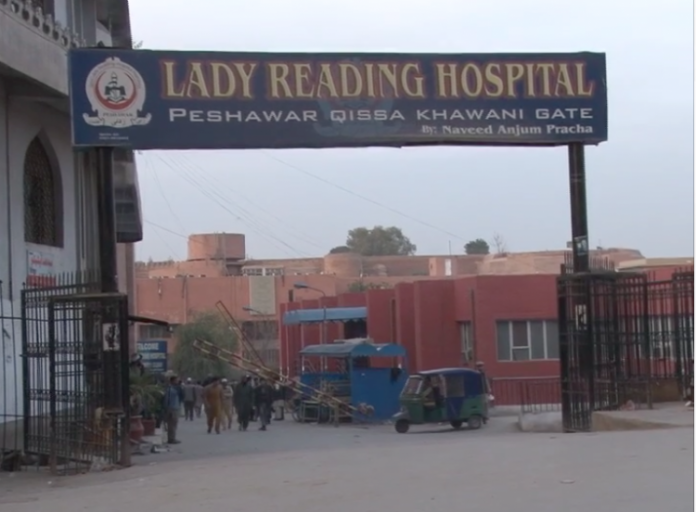 A large number of children have fallen ill in the provincial capital due to seasonal illnesses common in summer.

Doctors said that the many children have fallen ill due to typhoid, diarrhea, measles and gastrointestinal problems. Figures gathered from three tertiary care hospitals of the provincial capital showed that up to 50 children were being brought to hospitals on daily basis.

Lady Reading Hospital, city’s biggest hospital has been flooded by the ill children and there are about two to three ill children on each bed, which was causing problems for doctors, parents and nurses.

On the other hand, those parents coming to Peshawar for treatment of their children also complained about the shortage of hospital beds. The parents said that they were referred to Peshawar due to absence of health facilities in their areas and upon reaching they are unable to find a bed for their sick children.

“There are no facilities sick children tehsil and district level hospitals,” they said.

They said that province’s district and tehsil level hospital were grappling with lack of facilities despite health emergency announced by the incumbent government. Besides, they also complained about absence of senior doctors in many hospitals.

They also said that children should be given clean food and water to avoid any problem.

On the other hand, LRH’s spokesperson Muhammad Asim said that the since the hospital was the province’s largest hospital, therefore most of the cases from across the province were referred to it. “It is true LRH has two to three children per bed,” he said.

He said that the hospital had all types of facilities, therefore, parents were also bringing their sick children to it for treatment.