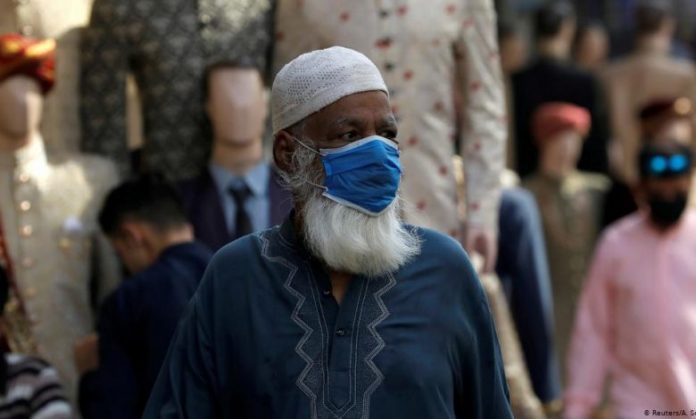 Many people from across Khyber Pakhtunkhwa have expressed their satisfaction over government campaigns to inform the public about Covid-19.

However, on other hand, communication experts point out that small indigenous were ignored in public awareness campaigns during the pandemic.

People of North Waziristan district while talking about the steps taken by the authorities during the pandemic pointed out that many of the government steps were satisfactory. However, there was still room for improvement.

Anwar Khan, a North Waziristan local said that the implementation of shop closures during the pandemic help stemmed the tide of virus. He said that

Anwar Khan, a resident of North Waziristan, said that effective measures were taken to control the outbreak by closing markets during the outbreak.

In addition to this, he said that social distancing rules and implementation of face covering and sanitizers also helped in bringing down the infections.

However, Mr Khan said that it was still not clear as to how many people were died due to the pandemic. He said that schools were closed in the district after annocuments of virus spread.

On other hand, Rifaqat, a resident of Mardan also praised the government’s steps to control the virus; however, he added that it also impacted their children education.

Besides, he added that the closure of markets also badly affected the businesses.

Dr Faizullah Jan, chair of the journalism department at the University of Peshawar said that as compared to other countries Pakistan had relatively fewer deaths due to pandemic.

He said that this showed that the COvid-19 awareness campaigns were a success.

However, Dr Faiz said that the National Command and Operations Center strategy against Covid-19 rumors was not that much successful.

Besides, he added that the vaccine arrived in rural areas very late as compared to urban areas.

Dr Faiz said that this gap between the urban and rural areas hindered the development process.

He said that local languages were not taken into consideration while preparing awareness messages for the public by the NCOC.

At the same time, Dr Faiz said that more attention was paid to implementation of SOPs and vaccination, creating fear among people.

Besides, he added that people had grown fed up with constant bombardment of messages on mobile phones.

“For illiterate people, the messages should be in their mother tongue and also in pictorial or video format,” he said.

Dr Faiz said that to make the messages more effective, focus should be on all languages. Besides, he said that the message audience should also be differentiated and in case of women, their education, lifestyle, social traditions and values should also be kept in consideration.

On the other hand, Dr Ikramullah Khan said that NCOC was shut down due to the reduction of Covid-19 cases.

He said that federal and provincial health authorities worked together to overcome the spread of the virus.

Dr Khan said that NCOC was setup to put up a robust coordination mechanism between the provinces and center. He said that health sector has learnt a lot during the pandemic and it proved that a strong coordination existed between the government departments in Pakistan.

However, he said that the pandemic being over does not mean that they should let their guard down. Dr Khan said that they will continue informing the people about other illnesses.

He said that unvaccinated people should complete their vaccination as the pandemic was lurking at the horizon.