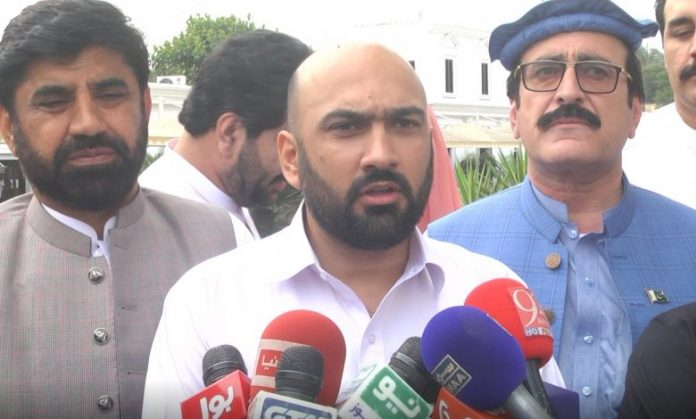 Treasury and opposition members from the merged districts in the Khyber Pakhtunkhwa assembly on Monday boycotted the budget session of the house in protest against maltreatment of the region by both the provincial and federal government.

Two sitting ministers including minister for social welfare Anwar Zeb and minister for relief, rehabilitation and settlement Iqbal Wazir also boycotted the session along with other ruling party lawmakers from merged districts.

On Monday, during the debate on the budget, treasury members also joined the opposition benches and started criticizing the government over federal government’s decision to end the Sehat Card scheme for the merged districts.

KP Minister for social welfare Anwar Zeb Khan termed the federal government decision to abolish merged districts sehat card scheme as an attack on the tribesmen. He said that

He said that soon after taking over, federal government slashed the region’s Rs 31 billion funds. However, he added that they will stand behind KP government for the rights of the people. He said provincial government should realize that merged districts people also have rights over province’s resources. “Merged districts MPAs are in this house just to say yes and now, while tribal youth were being ignored in government jobs,” Mr Zeb said.

He complained that despite him being a cabinet member, several projects in his native Bajaur were still incomplete despite passage of four years. Mr Zeb said that government released Rs 40 million funds for project carrying price tag of Rs 1.32 billion. “I am ready to sacrifice my ministry for people,” he said.

Nasirullah, another PTI lawmaker also criticized PTI government and said that removal of merged districts from Sehat Card took place on the watch of party’s government. He questioned why the provincial government failed to take timely steps after center asked to adjust merged areas’ Sehat Card scheme in its own budget.

Mr Nasir announced to give his salary for the Sehat Card scheme for merged district. H said that Fata was merged into KP to become a part of the province not to turn into something called the newly merged districts.

“We should not be patronized if the merger was some gift,” he said.

Ghazan Jamal, another PTI lawmaker said they would be forced stage a sit-in against the center if it did not released the funds. He questioned as to what happened to the promise of 20,000 jobs for merged district.

Besides, he said that center failed to ensure 3percent share from the National Finance Commission award for the merged districts.

In addition to this, Mr Jamal complained that they were not consulted about merged districts development projects.

Following the speeches, the lawmakers staged walkout from the sitting while announcing to boycotting the session till removal of their reservations.

They said that they will not vote in the passage of budget.