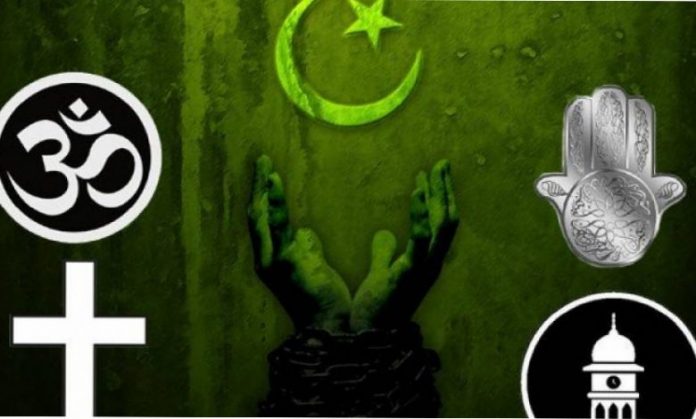 Though there are doubts that minorities are free in Pakistan and even faring better as compared to neighboring India. On the other hand, minorities in Pakistan are still lacking their basic rights and most of the promises made for their welfare also unmet so far.

Attack on All Saints Church Peshawar

On September 22, 2013, two suicide bombers targeted the Peshawar historic All Saints Church, killing scores of worshippers and injuring several others. Minorities’ places of worship came under before and after this attack. However, this was most deadly attack against minorities in Pakistan. Pakistani leadership visited the church after the attack; however, most of the promises made to the Christian community are still unfulfilled.

All Saints Church Endowment Fund has Rs 20 million in its bank account; however, helping the victims of the bomb attack from these funds is still a pipedream.

These funds could not be put to be use to help the orphans and injured of the church attack even after nine years after that fateful day.

Hindu community is facing great issues in protection of its women; however, the issue of the Hindu Marriages Act is stuck in slow lane for past five years.

Failure to implement this legislation has rendered many women homeless.

On the other hand, government is unable to acquire land for the Christian cemetery and community has no place to bury its dead.

Pakistan Tehrik Insaf government deserves the credit for increasing minorities’ quota in government jobs to 5 per cent from 0.5 percent. On the other hand, minorities’ quota in educational institutions is only two percent. However, this also raises the question how two percent quota In educational institution will provide eligible youth for five percent job quota.

To increase, educational quota, minority lawmakers managed to pass a resolution from the Khyber Pakhtunkhwa assembly; however, the resolution has not been implemented so far despite that binding nature of assembly resolution.

Many of the Sikh community members are associated with business and unani medicine. However, Sikh community is facing the specter of terrorism and targeted killings in KP.

Several Sikhs have been murdered in various incidents of violence; however, the attackers have been not arrested so far.

Government has failed to chalk out any viable strategy for the protection of the members of the Sikh community. In addition to this, Sikhs are bound to carry a kirpan or steel sword; however, they are not allowed to carry it to the government offices and other places. Sikh community has been demanding protection and permission to carry kirpan.

KP government has arranged several functions for the minorities; however, a handful of people manage to attend them. A large number of minority members could not benefit from such events. In the past, Amn or Peace Committee in every district arranged such events, which was not the case anymore as these committees have ceased to exist.

Similarly, provision of health and education facilities for minorities was also very imperative. However, minority’s places of living in Peshawar and other areas of the province were facing dire issues of sanitation, health and absence of other basic amenities.