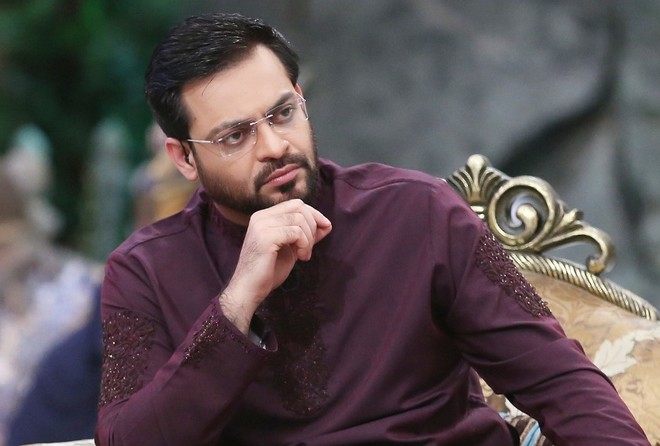 Media reports said that the anchorperson was rushed to hospital in critical condition and doctors pronounced him dead at initial checkup.

His driver Javed had previously confirmed reports of his deaths.

Doctors said that when the anchorperson had died before arriving at hospital.

On the other hand, his driver, Javed said that anchorperson was at his home in Khudadad Colony. He said that when he knocked at his door, there was no response, forcing the servants to force their entry into his room after breaking the door.

He said that they found in his bed in unconscious situation and shifted to hospital.

His driver had also informed the police about the MNA condition.

Javed said that the MNA had earlier last night complained of chest pain; however, refused to go to hospital on their insistence. He said that they also heard screams from his room.

National Assembly also adjourned its session till 5pm after the death of the MNA.

Police said that its forensic teams have scoured the MNA home and collected evidence. A police official said that they have also collected the crime scene unit to collect evidence from his residence.

However, police said that none of family member at the MNA home during his last hours.

He said that they were looking at the case from different angles and postmortem will clear many things.

In addition to this, he also remained an MNA in 2002-2007 National Assembly after being elected on Muttahida Qaumi Movement ticket.

He also remained minister of state for religious affairs during this period.

He was married thrice; however, all three ended up on divorce. He is survived by two children.

The MNA third marriage with his Tik Toker wife Dania Shah ended on unsavory note. Ms Shah approached a court seeking divorce and also released an indecent video of the MNA and leveled serious allegations against him.

Dr Hussain; however, denied the allegations and later announced to leave Pakistan

Recently Dr Hussain had released a message for his three exes on Instagram. He had also shared their pictures.