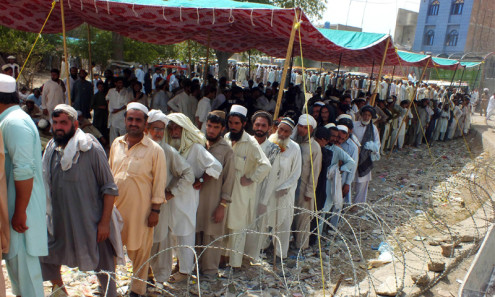 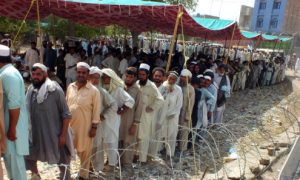 BANNU, June 28: Due to influx of more internally displaced persons (IDPs) from North Waziristan tribal region, the number of distribution centres of food and non-food items has been increased in Bannu.

“Previously the situation was too bad; I was in trouble while getting food items. But now the situation is better as three to four distribution centres have been set up and everyone will get his right,” said member of a displaced family.

Administration officials say that besides one centre at the Sports Complex, three other distribution centres of Mamish College, Vocational Centre and Teacher Training Centre were established in Bannu.

They say the problems of IDPs would be alleviated because the number of distribution centres has been increased to four.

Officials of the Fata Disaster Management Authority say they have some projects in the pipeline to resolve the issues of IDPs and to facilitate them in a better way.