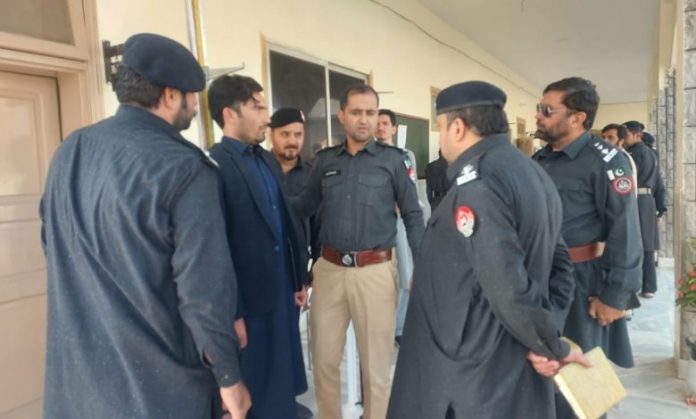 At a time when the hydra of the militancy is rearing its head again, more than half of Khyber district police is even without guns.

Sources told TNN that only 38 percent of Khyber district police personnel have guns. Similarly, around 89 percent do not have bullet proof vests while only four percents have pistols.

They said that nine police stations of the districts have 20 machine guns while 3,000 cops have on riot gears including shields and hamlets.

Similarly, district police also lacked a police lines while there were no arrangements existed for lodging personnel called up for various operations.

Besides, the sources also said that there were no patrolling vehicles available as many of the staff were using their private vehicles for patrolling. They said that the situation was causing unrest among the cops.

On the other hand, district police officer Khyber Muhammad Imran when approached for comments confirmed district police was facing many issues. DPO Imran said that district police lacked a police line, which was creating problems in keeping police personnel at one place. Besides, it also created in lodging personnel, when they have call police from outside the district.

On the other hand, Khyber district police has only 380 bullet proof jackets, which was sufficient for only 11 percent of its personnel. This is also puts the police personnel in the way of harm while performing their duties. Besides, many of the Khyber police checkposts lacked boundary walls.

In addition to this, 170 district police personnel are deputed to protect the Deputy Commissioner Khyber office located in Peshawar Cantonment while at the same time; local police was facing personnel shortage to man its posts.

Similarly, the personnel have been deputed to protect a building, which was located in settled area which negates very utility of posting so many guards for the protection of a single premises.

On the other hand, many Khyber police personnel have fallen prey to targeted killings during duty or on their home with many others as injured.

Similarly, Khyber district police personnel have taken part in many operations conducted in the district alongside the Counter Terrorism Department and security forces. These operations have led to killing and arrests of several wanted militants.

In addition to this, Khyber police was also playing a crucial role in eradicating the menace of narcotics.