Home KP Most of KP businesses and firms not paying minimum wage to their...
Facebook
Twitter
WhatsApp
Linkedin
Email 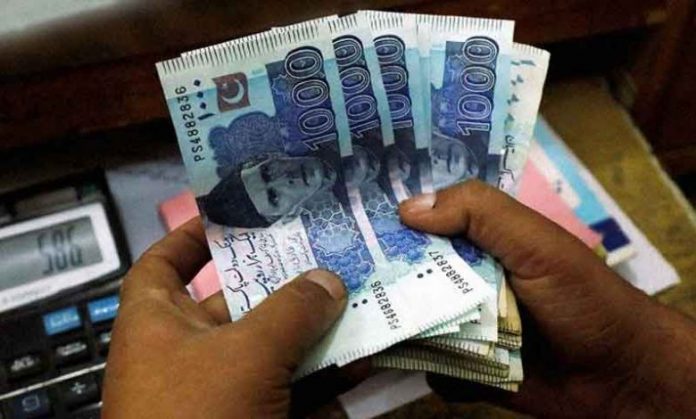 Majority of the private organizations and businesses of the province are not following the government’s direction regarding minimum wage and paying Rs 10,000 to Rs 18,000 to their workers.

Though the federal government has fixed the minimum wage in the country at Rs 25,000 per month, however, most of KP businesses are paying only Rs 10,000 to Rs 18,000 per month.

Many of the major companies, industries and other businesses are not even paying 50 percent of the minimum wage to their employees, forcing them to near starvation like situation.

Sardar Ali, a driver in a private firm said that his monthly wage stood at Rs 18,000; however, he was never paid on time in past six years.

“Sometime I get paid on 12th of a month and other times after 20th,” he said.

He said that during the current month, he received his pay on June 14. His cursing his employer, Mr Ali said that he was at loss as whether to pay back his creditors, get note books for his children or purchase food stuff for the family.

Mr Ali said that if case of timely payment and more salary, he would have been able to pay his utility bills and ration on timely basis.

He said that it has become difficult for him to meet household expenses due to the inflation for past two years.

Regarding the recent price hike, he used to commute to Peshawar for two days after filling his bike for Rs 100. However, he added that now his daily commute alone was costing him Rs 150 per day.

Mr Ali said that incumbent Prime Minister had announced the provision of a bag of fine flour of 20 kgs bag for Rs 800.  However, he said that the trucks dispatched to KP areas were insufficient to meet the demand of densely packed localities.

He said that these days, even the supply of the flour to the utility stores has also been discontinued.

There are many other people like Sardar Ali in Peshawar who are caught between less than minimum wage and tsunami of rising prices.

On the other hand, edibles have also recorded exponential hike during the current year. Currently, a kilogram of ghee is being sold over Rs 600 per kg while 20 kg bag of flour is available for Rs 1700.

On the other hand, meat prices are not fixed and it is available as per the whims of butchers. Chicken prices have also surged post Ramzan and alive chicken was being sold for Rs 316 per kg  while a dozen of eggs costing Rs 180 per dozen.