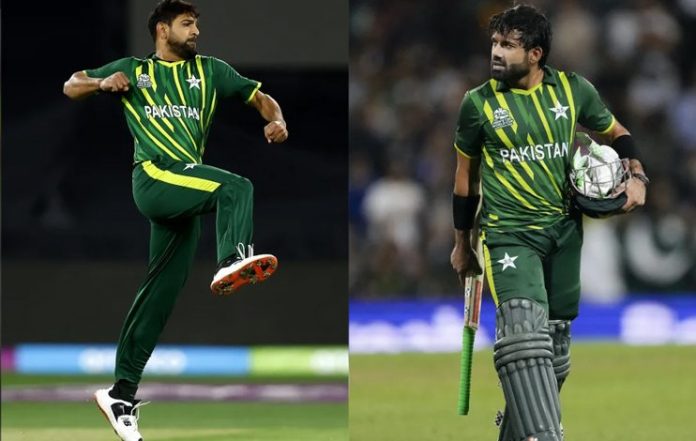 Pakistan cricketers Muhammad Riwzan and Haris Rauf have made their way into ICC T20 Team of the year.

ICC every year selects 11 best players from across the world as on the basis of their performance. Since T20 format has turned into most popular format of the cricket and new leagues are being arranged every year. This year selections have been made keeping these players performance in matches throughout the year.

ICC has nominated the English cricket Jos Butler as the captain of its T20 squad. Butler performed outstandingly well and scored 462 runs with an average of 160.41 strike rate. He was appointed English T-20 squad in June 2022.

On the other hand, Pakistan wicketkeeper Muhammad Rizwan has also been included in the ICC T20 squad. Rizwan has performed exceptionally well during the 2021 and 2022 and scored 996 runs during the year and stood second in the list of highest scorer players.

He scored 10 half centuries in the T20 format and has been included in the ICC T20 squad for the second year in a row.

Similarly, Pakistani bowler Haris Rauf has also made his place in the ICC T20 squad for the year due to his outstanding performance. Haris stood clinched highest number of 31 wickets for Pakistan during the year.

He also proved to be pillar of Pakistani bowling during the year and he claimed highest number of wickets in Asia Cup.