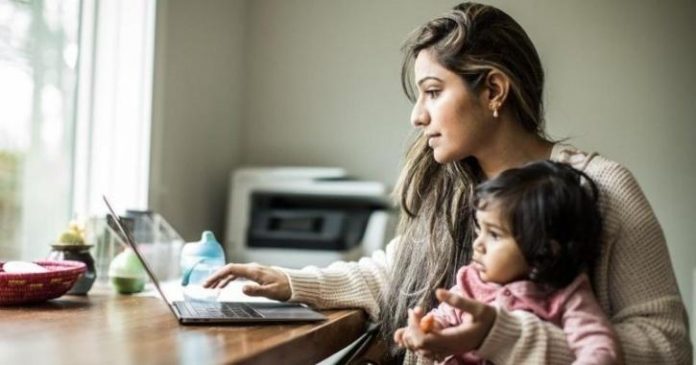 In our society, a good and successful girl is considered to be the one who has no personality or identity of her own, who is good at household chores, agrees with the decisions of the men and elders of the house instead of arguing, and after marriage only take good care of her husband, in-laws and children.

Let me tell you a story about a “failed girl” on her journey to so-called social success! This girl was working in a big bank after completing her education. While her salary was also higher than many men of her family.

A few months later, she got engaged. When the girl refused to make any compromise regarding her job, the in-laws agreed at that time.

But what happened next? Soon after the marriage, the in-laws pressurized the girl and forced her to quit her job. While there was no such pressure on her husband. She was earning more and using her skills to be a useful part of the society. This unnecessary pressure, sacrifice of her good career and loss of skills made her suffer from depression.

The in-laws of this girl turned a talented and intelligent girl into a psychopath by resorting to lies and hypocrisy, but in the eyes of them and the society, her so-called success was to erase the name and mark of her own personality.

When girls get education, they have a goal, a quest to make their own identity. As she makes her place in the professional life, she makes her parents proud, as she is making a name for herself.

There are many parents who work very hard to give their children a good education so that they can be independent, but they are often disappointed with such decisions. Due to this hypocrisy of the society, the future of these girls becomes dark.

On the other hand, there are a large number of families who generally want the girl to get married as soon as possible and if she has to get a job, then she has to do it after marriage.

There are many people in offices who tease women by saying that your place is in the kitchen, go and sit there, it’s not your job.

According to the Pakistan Medical Council, more than 70 percent of girls do not practice after obtaining a doctor’s degree. Not only female medical students, but most of the girls who are done with their studies are forced to stay at home and does not get the permission to do job.

When this same girl decides to give up her job to prioritize her home, family and children, she gets confused. Everyone has their own reasons to confuse her. Doing a job requires calm nerves which our hypocritical society takes away from her.

Most men don’t allow their wives to do job just because of what people will say. They don’t want to hear all that, “shame on you for letting your wife do a job”. Hey, does his wife earn? isn’t she taking care of the house? They are strange and rude people. If the daughter is unmarried, they say that they are consuming the daughter’s earnings. Daughter is earning, that’s why they are not marrying her.

In this modern era, some families believe that girls should not work. They also faces community pressure and taunts for violating cultural norms. If the girl does not want to leave the job and take action against them, she has to face serious consequences.

“What will people say?”

If girls want to highlight their potential through education, society hinders them. Someone should ask them if girls also have to think about what people will say, then what will be left for people to think about? Just do what feels right.

If girls sit at home, they are useless, if they work outside, they are neglecting the home and children. They have to listen to these kind of taunts on daily basis.

Many families and girls find the feeling of insecurity as barrier to getting a job. There is no doubt that most women face many obstacles due to the lack of protection at the workplace, but this does not mean that women should stop working. We must fight it head on.

Men in our society must realize that times have come a long way. Girls have proved their worth in every field. Now in this era they cannot be wasted by confining them to the four walls of the house.

A woman plays the role of a backbone along with a man in building a nation. The act of creation is her strength and training is her weapon by which she nurtures the future builders along with men.

I believe that if girls are economically independent, they can play an important role in the development of themselves and the country. Ignoring the hypocrisy of this society, we girls should keep moving forward. Girls have to decide their own future, we cannot give this power to someone else to make our decisions about us.

After all, why is there a thought about working women or independent girls that they cannot settle down at home? Do you have the answer?