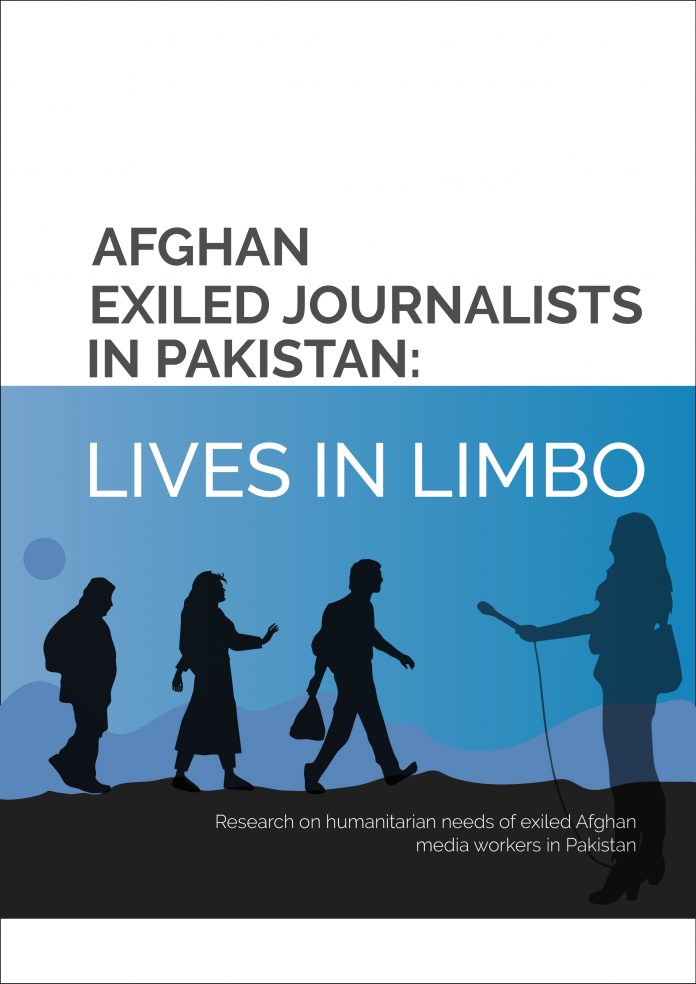 A research study conducted by Pakistan-based media watchdog Freedom Network in cooperation with DW Akademie, has found an urgent need for extending humanitarian and professional assistance to exiled Afghan journalists in Pakistan who fled Afghanistan after the political developments in Kabul in the late summer of 2021.

According to the study, “Afghan Exiled Journalists in Pakistan: Lives in Limbo,” 74 per cent of exiled journalists consulted expressed the need to keep their journalism careers afloat through assistance in engagement and facilitation with international, Afghan and Pakistani media.

They also expressed a demand for a wide range of technical assistance and resources that could help them continue their journalistic careers, including possible partnerships and internships with local media, especially digital media, and to get familiarized with Pakistan.

“the study’s findings point to urgent and high degree of demand for humanitarian and professional assistance to dozens of Afghan journalists, including many women media practitioners, who want to end the interruption of their professional media lives after the developments in Pakistan,” Iqbal Khattak, the Executive Director of Freedom Network, said while releasing the findings of the research report.

Khattak said the ambivalent Pakistani policy viz-a-viz refugee status for Afghans who have arrived in Pakistan after August 2021, including dozens of journalists and their families, is delaying humanitarian assistance. “Both the government and civil society in Pakistan, including international development actors are under obligation to extend all possible support to these refugees in Pakistan”, he added.

The landmark Freedom Network research report is based on two comprehensive surveys. The respondents of the first survey comprised Afghan journalists and Pakistani media, while the respondents of the second survey were Afghan refugees, local communities hosting refugees, international and national aid groups, and government authorities.

The total number of exiled Afghan journalists is hard to determine because statistics about recent Afghan refugees are not officially available. Exiled Afghan journalists are also a community in transit. Some have already left Pakistan after getting asylum in third countries while many others are stuck either awaiting visas or asylum. Many are losing hope. Almost all of them are in dire financial straits having to look after families. Most have lost employment and are keen to get possible professional openings with media either within Pakistan or international media.

No less than 30% exiled Afghan journalists approached for detailed survey were women – indicating not just the achievements of Afghan women in journalism during the now-lost democratic era, but also that they remain one of the most vulnerable segments of Afghan refugees in Pakistan.

Of the exiled Afghan journalists surveyed, only one third think that their current skills will be adequate to allow them to continue as a journalist outside Afghanistan. They indicated requirements of a menu of additional skillsets that can help them resume their interrupted journalism careers even in exile. These include reporting (41%), digital journalism (32%), correspondence for foreign media (27%), news fixing (18%), photography/camerawork (14%), news trainer (14%) and editing (9%).

According to the research, among the local media representatives surveyed, those based in Quetta, Peshawar and Islamabad, as well as the Digital Media Alliance of Pakistan (DigiMAP) representing over a dozen of Pakistan’s online-only public interest news media, expressed an interest in engaging the exiled Afghan journalists’ community in production of public interest journalism content, aimed at both Afghan and national and international community, particularly around humanitarian reporting, if facilitated.

The report findings said though positive sentiment prevailed regarding openings for exiled Afghan journalists in Pakistani media, no facilitative opportunities are currently available to them so far.

Exiled Afghan journalists living only in Islamabad, Peshawar and Quetta respectively were reached out for this survey. Eighty-three percent journalists interviewed for this report were Kabul residents while the rest came from other provinces of Afghanistan.

A large majority of respondents (89%) said they were relying on their own resources in Pakistan, while a small minority (11%) found support from international NGOs.

Afghan journalists listed various problems they are faced with as refugees in Pakistan including visa problems (66%), residency permits (26%), legal refugee status (17%) and work permit (14%), the research study revealed. The journalists also said that they and their families are facing challenges concerning cash liquidity (86%), bank account opening (34%), inflation (31%) and money transfer (6%).

A large majority of respondents – 86 percent – from Pakistani media believed that media was not adequately covering Afghan refugee community in Pakistan. “This indicates a large unmet need for both coverage for refugees to help them make informed choices and about them for local audiences to blunt any potential hostilities toward them. This also represents the primary rationale for engagement with local media on refugee/humanitarian issues,” the research study recommended.