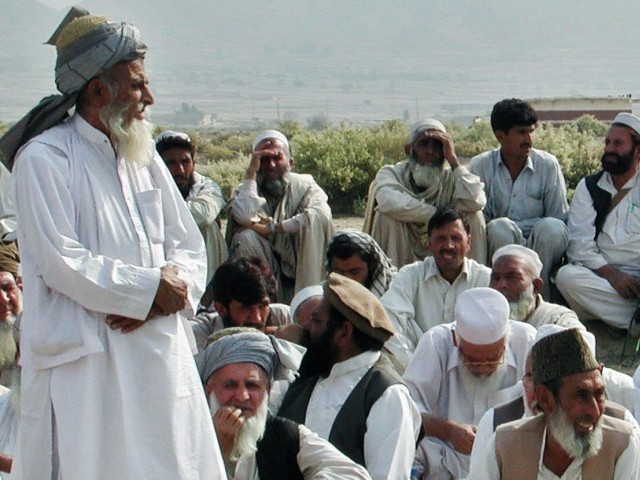 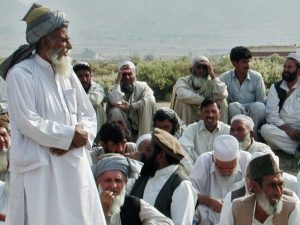 The Jirga, comprising 60 tribal elders, was led by Haji Sher Muhammad, the grandson of the freedom fighter Faqir of Ipi (late).

Mirza Ali Khan (1897 to 1960), known as the Faqir of Ipi, was a Pakhtun from North-Waziristan tribal region. The village of Ipi is located near Mirali Camp in North Waziristan Agency, Waziristan, from where the Faqir of Ipi started his guerrilla warfare against the British Empire throughout the 1930s and 1940s until the British departure in 1947.

Sources say the Jirga called for peace talks in their native area, instead of military operation, and also assured their cooperation in this regard.

The governor and corps commander gave 15 days to the Jirga elders to expel foreign militants from North Waziristan, otherwise the government will have to conduct military operation against them.

The Jirga also request Governor Mehtab Abbasi to take measures for rehabilitation of about 1.6 million displaced people back to the tribal region, to which the governor gave a positive response.