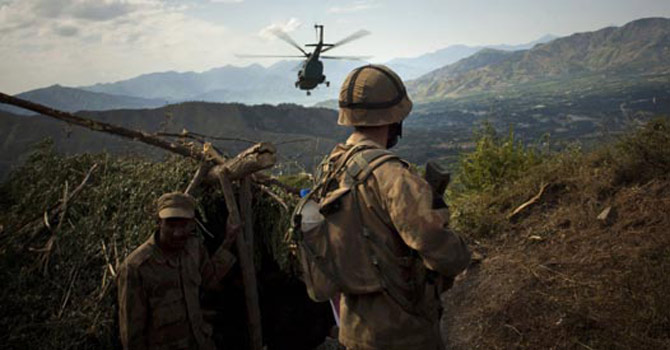 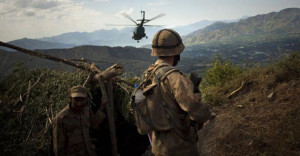 BARA/MIRANSHAH, June 24: The security forces claim to have killed more than 45 militants in Khyber and North Waziristan agencies.

The Inter-Services Public Relations, a department that interacts with the media and public on behalf of the Pakistani armed forces, says in a statement that the fighter jets targeted various locations, killing more than 20 militants and destroying their five hideouts in Tirah valley of Khyber Agency.

In Mir Ali tehsil of North Waziristan, the jets bombed various locations, killing about 25 militants and destroying their eight hideouts.

The ISPR says two security forces’ personnel have also been killed in the operation.

Meanwhile, the deadline given to the internally displaced persons of North Waziristan tribal region to migrate to safer places has ended. A large number of families in Razmak, Doslai and Gariwam areas have refused to leave their homes. They say they have assured the government that they will not leave anti-social elements in their areas.