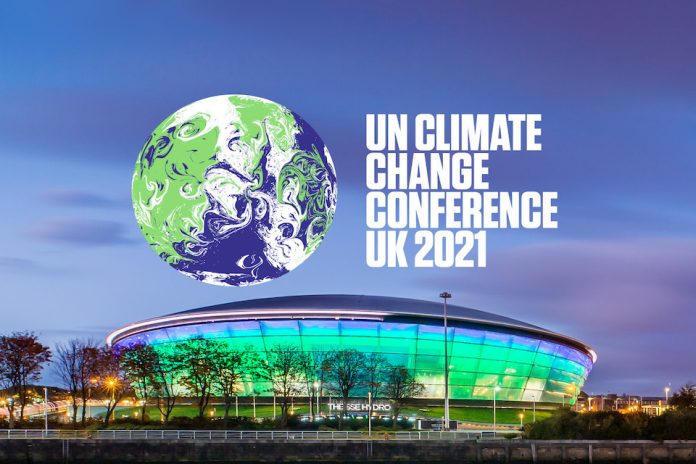 In his speech at UN Climate Change Conference, Mr Aslam said that the country has also developed a pathway to reach 15 per cent below BAU by utilizing its own resources.

Speaking on Pakistan Nationally Determined Contributions, he said, “We have also thrown a conditional challenge to the world. Deliver us the climate finance of a $100 billion over the next decade and we will drop our emissions to 50 per cent below BAU.

In his speech he said that Pakistan’s climate vision was built on two pillars of shifting 60 per cent of country energy mix towards clean energy by 2030 and 30 per cent of transport on electric vehicle by 2030 and of putting its trust and investment in “Nature Based Solutions”.

“We have announced to completely shift out of imported coal projects and are turning the CPEC into a China Pakistan Green Economic Corridor,” Mr Aslam said.

He said that three financially closed coal projects of 2500 MW have been shelved in the last year and shifted to zero carbon Hydro power of 3700 MW.

He said that the Protected Areas Initiative in Pakistan, with 15 new NPs announced during the COVID time was also rapidly expanding and protecting country wilderness areas.

He said that Recharge Pakistan initiative was turning the crisis of floods into an opportunity by using it to restore Pakistan wetlands and recharge its ground water aquifers.

He said that with less than 1 pc of the global emissions, Pakistan was certainly not a part of the problem of climate change. However, it has chosen to be a part of the solution.

While criticizing the climate finance he said currently overpromised and under delivered.  “The decade old promissory note of a $100 billion needs to be delivered and, more importantly, 60 pc of it directed towards climate adaptation.

“Pakistan is not a major contributor, we continue to be on the top ten lists of most vulnerable countries for 10 straight years now – this puts us in a special category of “continuously impacted countries”. We are on the front lines – braving disastrous floods, unlivable heat waves and bursting glaciers,” he said.

He said that the climate injustice, as viewed from Pakistan’s lens, was the gravest human rights violation of history where the lives and livelihoods of billions of people were at risk – all due to the unbridled pollution and uncontrolled excesses of a few.

“The forced climate adaptation needs remain at between $7 to $14 billion per annum and almost 70 pc of these falls in the loss and damage category. This Adaptation finance is forced upon us today and presents a simple choice – between life and death,” he said.

Mr Aslam said that the galaxy of world leaders who gathered at Glasgow last week, unfortunately failed to live up to the expectations of the world and rise to the reality of the grave challenge we face.

“It is time to stop playing jokes with Climate Change. We will most certainly not have the last laugh on this. It is time to change course so let us make that happen here at Glasgow. Let us not become the dinosaurs who refused to change,” Mr Aslam added.