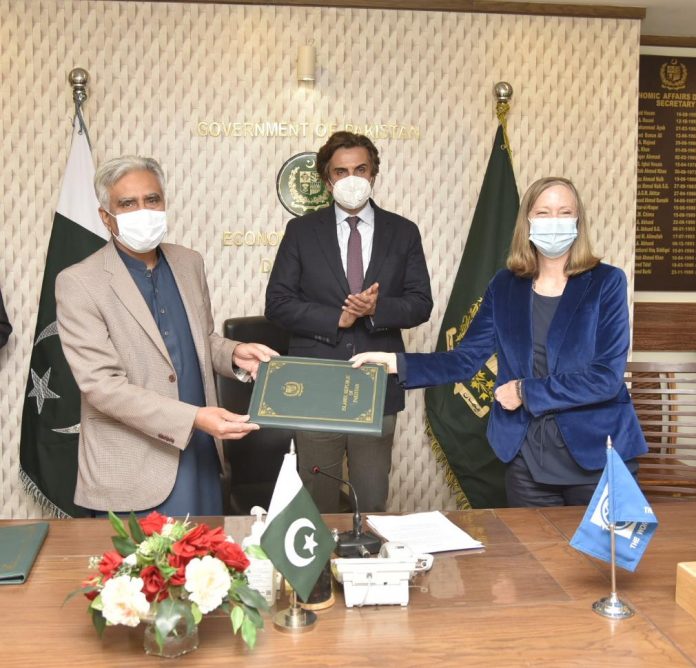 The TDP-ERP is aimed to supporting the early recovery of families affected by the displacement, promote child health and enhance citizen-centered service delivery in merged tribal districts of Khyber Pakhtunkhwa. The project will now also cover four new districts in KP i.e. Dera Ismail Khan, Lakki Marwat, Tank and Bannu in addition to Kurram, Khyber, Orakzai, North Waziristan, South Waziristan, Mohmand and Bajaur tribal districts. With this additional grant, the financing of $12 million, total cost of this project would amount to $216 million.

On the occasion, the minister for economic affairs reiterated the commitment of his government to support the development activities in merged tribal districts and improve the basic service delivery nearer to their doorsteps. The minister appreciated the role of Nadra in achieving the project objectives.

Makhdum Khusro Bakhtyar thanked the World Bank country team for extending their continuous support to the government of Pakistan in achieving sustainable economic development in the country. The operations manager, World Bank ensured their continuous support to Government of Pakistan in achieving the priority development goals.

Recently, the KP government had released Rs18.5 million funds to the Provincial Disaster Management Authority (PDMA) for distribution to the TDPs of North Waziristan.

The displaced persons verified by Nadra, who have not yet returned to their homes, are eligible to get financial assistance of Rs12,000 per family through SIM cards. According to an official statement, 15,229 displaced families of North Waziristan are eligible for the grant. This was the 75th tranche for the TDPs the process of which was initiated in June 2014.