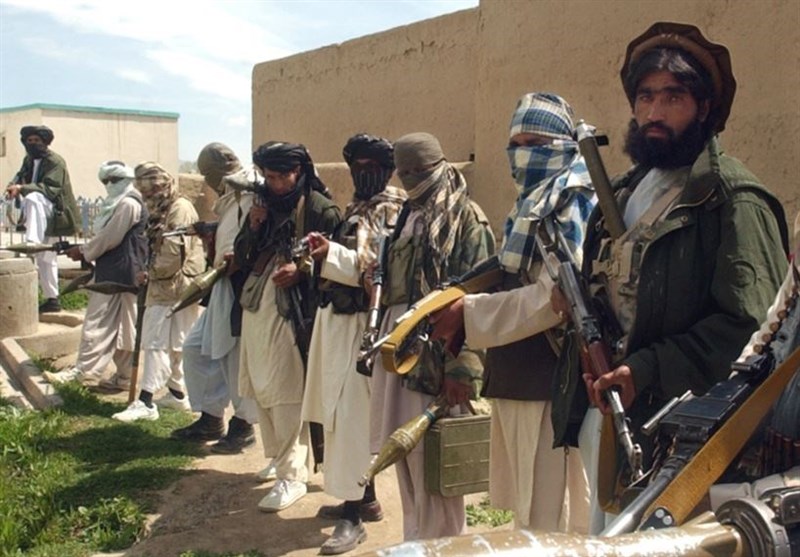 On the night of September 30th, a group of some 30 militants knocked on our house gate. It was around 11:30 PM. Before I get up, my mother had rushed to the gate, and asked who they were and what they wanted. They responded we have to talk to Malik Kalimullah, my elder brother, also a school teacher. Then we came to know that they are TTP operatives. I took up Kalashnikov—for self defence in case there was any mishap or they resorted to use of violence—because they can not be trusted. I opened up the door, came out and greeted them. Some of them were stand up highly alert, the rest being straddled the surrounding. I was astounded when saw everyone of them equipped with sophisticated arsenal such as hand-grenades, rocket launchers, Kalashnikovs, Pistols, night-vision binoculars, advanced goggles, many rounds of ammunition and other essential stuffs like first-aid materials, water bottles and dry fruits etc.

This was our first encounter with terrorists after 2014. We had a long conversation with them. What they wanted was an amount of PKR 70 thousand (extortion) in the name of donation. My second eldest brother pleaded with them and made clear to them that we don’t have such a big amount. Then they asked if we could donate the Kalashnikov as they had three fresh recruits, all minors, to equip one of them with. We told them that we do have only this Kalashnikov for our own safety and defense. When they eventually disappointed, they said, “arrange the amount, we will haunt you again.”
I asked one of them, against whom they (Taliban) were waging war and why. He said, “Pakistan Army; Facilitators of it who have been involved in espionage against our Mujahedeen (companions); and all other Taliban factions especially Haqqani Network.

The next day when we told Malik Kalimullah the whole story, he lashed out at us for daring to talk to terrorists. In a nutshell, he repudiated that any assistance to them will buttress their nefarious cause. He said, “I don’t want to be accomplice in their brutalities against the state. Never ever.”

Since the fall of Kabul, the situations in Ex-FATA districts and other vulnerable parts of Khyber Pakhtunkhwa have continuously been deteriorating as the ascension of Taliban to power gave enormous incentive to TTP. The current spike in targeted-killings of civilians, kidnapping of civil servants, government officials and NGO workers for ransom purposes, extortion attempts from the public and government contractors, and hostage of government officials in parts of Khyber Pakhtunkhwa especially North and South Waziristan, Swat, Khyber and Lakki Marwat districts is the tantamount of the deteriorating peace and order situations. TTP has intensified terrorist activities against civilians as well as military forces following the unfortunate seizure of Afghanistan by their fellow Taliban there.

My area, Jani Khel, is the epicenter of militant activities and operations since the US-led ‘War on Terror’ in 2001. On the night of October 4th, another group of a local sub-group of TTP came and demanded financial donation. Why you (Taliban) fight our armed forces (Pak Army and paramilitary forces), I asked. He said, “We wage Jihad (the holy war) against these infidels (army personnel) because they are puppets of British. They seek vengeance of the ignominious defeat of Britishers at the hands of Faqir Api (a freedom fighter against the then British Raj in the subcontinent).” He further added, “Pakistan’s days are waning and soon we will conquer it and implement Shari’a (Islamic Jurisprudence).”

The current demeanour of government towards TTP is very disappointing and questionable. The negotiations initiated by the Pakistani Government for which the parliament was sidelined came to stalemate. The more government treat TTP with soft tune, the more they will become roaring and confident. TTP operatives have resurfaced in the entire Ex-FATA and been exerting influence on people. They have re-established camps in North and South Waziristan, Swat and Khyber districts, and fortify their foothold there. The current upsurge in the terrorist incidents in Khyber Pakhtunkhwa and the lack of stick and decisive punitive offensives against terrorists reflects the inability of the government or the reluctance to dismantle the terrorist networks. “Terrorism-related incidents saw an increase of 42 per cent in September 2022 compared to August 2022. Moreover, ‘a horizontal escalation is seen, with a shift in terrorism’ from Ex-FATA to settled areas.

Besides their terrorist activities, militants also target developmental projects in the areas they hold sway in. One such example is ‘Jani Khel Peace Package’ worth PKR 2 billion is lingering in abeyance due to the demand of huge extortion amounts from the contractors. Another incident occurred in district Tank. My friend, Abdul Qayum, from Tank told me, “three engineers were kidnapped while working on the PM Shehbaz Sharif’s 100 homes under ‘Flood Relief Village’ in district Tank, Khyber Pakhtunkhwa.” Other terrorist incidents are apart from these. Several Khyber Pakhtunkhwa government ministers’ homes have been attacked by militants. In August, an assassination attempt was made on PTI MPA Malik Liaqat Khan in Lower Dir, but fortunately, he survived the attack. On October 8th BBC Urdu reported that senior minister of Gilgit-Baltistan Obaidullah Baig had been kept hostage by militants.

The government needs to treat TTP with iron fist. They are already expending their aura of sway. Nonetheless, they are still tenuous and lacking coordination among different factions within TTP. Before getting exacerbated the quagmire, the government and security agencies need a swift response. First, the military needs to conduct Intelligence-based Operations (IBOs) in areas where they detect terrorist hideouts and activities. Second, ‘Zero-tolerance’ approach should be adopted for those who have connections with terrorists or are in connivance with them. Third, the government should exert pressure on Taliban interim authorities to use their (dwindling) leverage on TTP. Forth, the government should convey its reservations over the former’s loathness to stop harbouring TTP commanders and take action against other terrorist operatives. Fifth, talks with TTP will not bear any fruit as their demands are implausible especially the reverse of Ex-FATA merger with Khyber Pakhtunkhwa. They want their own kingdom. No two swords in one scabbard for the state. ‘When talks with TTP fail, Pakistan will face an increased tempo of attacks’, the TTP intensifies terrorist activities. The current increased tempo of terrorist activities is a testament.

The inhabitants have already warned the government of the deteriorating situations through peace-rallies and mass protests against the resurgence of terrorists in Ex-FATA. The local political alliances, trade unions and other non-political movements have called upon the authorities to restore peace and order. ‘Several peace rallies were taken out by the locals demanding that the state take action against creeping militancy.’ Earlier these concerns were dismissed as exaggerated. Earlier this week the interior ministry has signaled for ‘extreme vigilance’ and issued instructions to security forces to conduct ‘search and strike’ missions against the TTP.Now is the time to act immediately and save the country from another disaster. To avoid any untoward incidents, the government have to act prudently.

The author is a fresh graduate in International Relations from University of Sargodha, Pakistan.He tweets: @AttaUKWazir