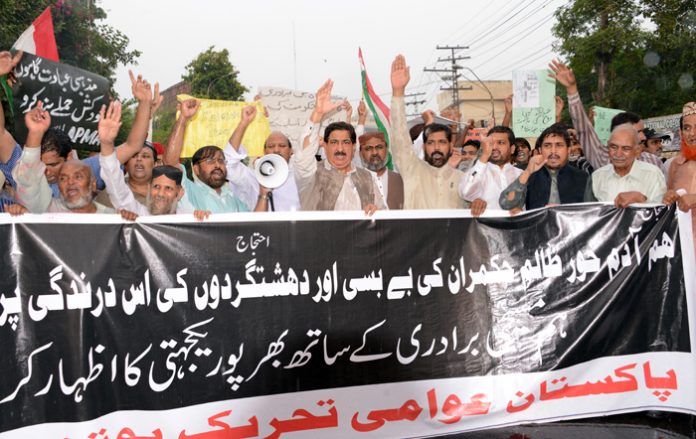 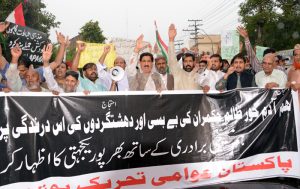 PESHAWAR, June 19: Activists of the Pakistan Awami Tehreek (PAT) and other allied groups staged protest against the recent killing of 10 party colleagues by the police in Lahore, Punjab province.

At a rally in front of Peshawar Press Club, the protesters asked the government to carry out proper investigation of the incident. They said killing citizens showed the failure of the government and that those responsible must be punished.

Two days ago, the police were removing barriers from the front of Minhajul Quran Secretariat when a clash took place between police and activists of Minhajul Quran, leaving 10 people dead and more than 100 injured.