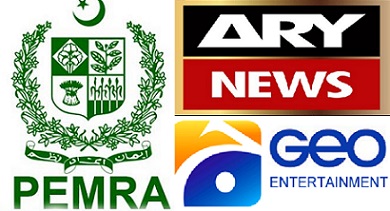 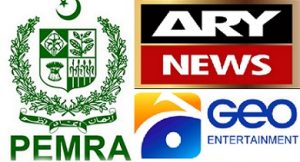 A press release issued after a meeting of PEMRA said that improper material had been aired leading to blasphemy on both channels and their licences were cancelled for a month.

Moreover, the programme and its host Shaista Lodhi were also banned. The notification about ARY News said that a programme hosted by Mr Mubashir Luqman had slandered the judiciary.

On 6 June, the PEMRA closed the transmission of Geo News TV for 15 days over programmes against Pakistan’s supreme intelligence agency, ISI. However, the Geo News transmission was restored last night.