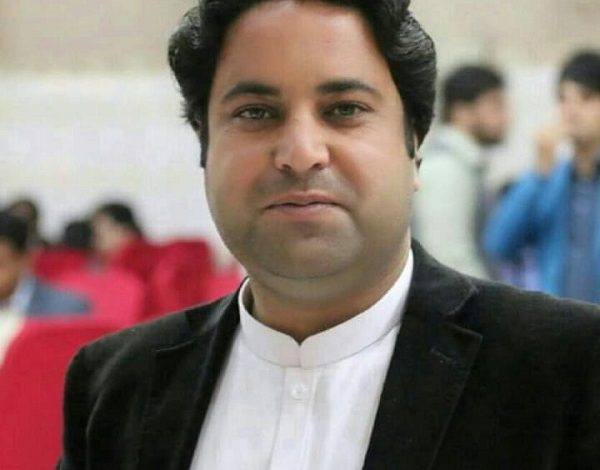 Peshawar Anti-Terrorism Court has granted bail to Bara journalist Khadim Khan Afridi who was detained by the Counter Terrorism Department (CTD) in connection with murder of a policeman some years back.

The court allowed bail to the reporter on ground of lack of evidence against him.

CTD had earlier on May 13, arrested the journalist on charges of attacking a police rider squad earlier in 2013 in Gulbahar area of city. A CTD statement had the accused declared a proclaimed offender and government had also announced an Rs 1 million head money on arrest or killing of the accused.

The arrest of Mr Afridi sparked protest and journalists from merged areas as well rest of the province condemned his detention.  Khyber Union of Journalist also demanded the provincial government to release the reporter.

In addition to senior Peshawar journalists also remained in touch with the Bara Press Club regarding the issue of Mr Khadim’s arrest. Besides, the journalist also met senior police officers regarding their fellow reporter’s arrest.

The journalist was sent to jail on judicial remand after a day physical custody.

Mr Khadim’s counsel Farhadullah Afridi approached the Peshawar ATC seeking the release of his client on bail. He contended that the accused was arrested on only because being namesake of a person involved in attack.

He said that the FIR registered against the accused Khadim at the Gulbahar police station has no concrete details.

The court was informed the accused was journalist since 2010 and has been elected president of Bara Press Club twice.

The counsel said that his client has neither anything to with the attack on police nor police has any evidence against him. Besides, he said that police has no clue of the accused Khadim who was named in the FIR. The court ordered his release on bail after hearing the arguments.

On the other hand, Bara journalists welcomed the bail order of their detained fellow and termed as victory of truth.