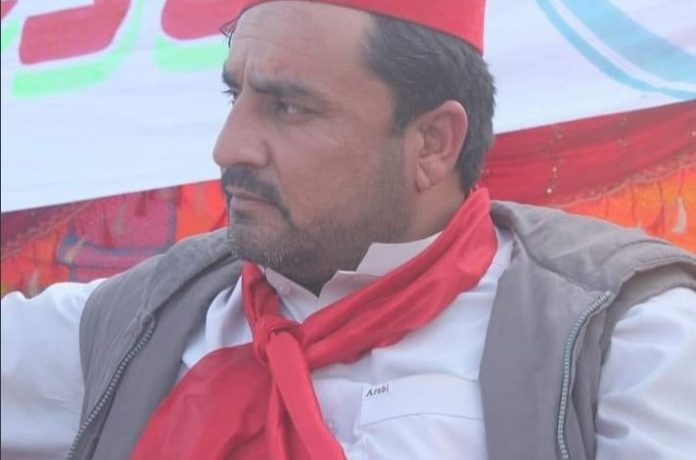 Sources said that Mr Salar along with his other companions was on his way to private hospital in Peshawar to inquire about his mother’s health. Police personnel stopped his vehicle in the limits of Agha Mir Jani police station and tried to search his vehicle, which led to heated exchange with police personnel.

Police detained Mr Salar after the exchange and shifted him to lockup. Following his arrest, MKP’s workers staged protests in tehsil Tangi and other districts of the province.

They also condemned the maltreatment of an elected representative.

Police has registered FIR and would present Mr Salar before local magistrate for obtain his physical custody.

On the other hand, party workers have also decided to legally challenge the matter in court. They said that they were in contact with lawyers on the subject and file a bail application for his release besides opposing his physical remand.