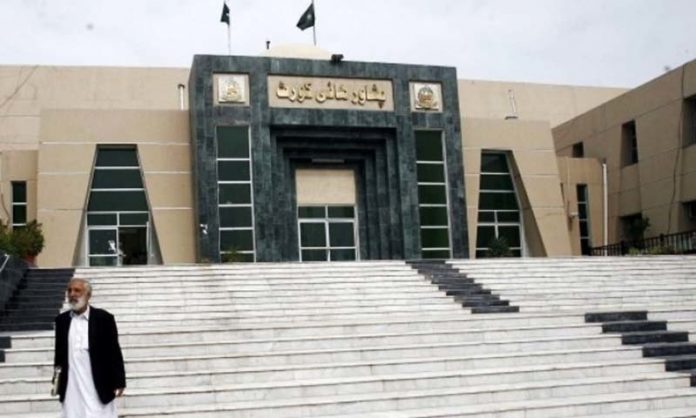 A Peshawar High Court (PHC) bench has asked the government to strictly deal those accused of harassment of students in educational institutions.

On Friday, when the bench took up the hearing of the Islamia College University female students harassment case, the varsity vice chancellor Professor Dr Gul Majid Khan and the petitioner Muhammad Essa Khan Advocate appeared before the court.

During the hearing of the harassment of female students of Islamia College University, Justice Roohul Amin said that they will never tolerate the complaints of sexual harrassment which were coming out of varsities.

He said that syndicate and governor’s decisions were giving impression as if those harassing students were being provided space.

“These black sheep do not deserve any leniency,” he said.

The judge told the vice chancellor that it was his responsibility to save female students lives on the campus. “You should give us a report regarding the actions you have taken in this regard,” the bench told the VC.

The petitioner Essa Khan Advocate told the bench that the KP Ombudsperson for Protection Against Harassment at Workplace had ordered dismissal of the ICU political science department chairmen after allegations of sexual harassment against him were proved. However, he said that KP governor restored the official when he appealed to him and re-appointed him as chairman despite the end of tenure.

The defendant lawyer told the bench that his client Professor Amirullah was targeted to malign the department’s image.

He said that they will submit their reply before the bench.

Justice Amin questioned the defendant lawyer that if the allegations against his client were baseless, then, why he has not challenged them so far.

He said that the accused professor was still working in the university despite being convicted and that was why people were asking them questions.

Justice Amin said that a committee of teachers saying all of them would quit, if someone convicted of sexual harassment is sacked, was regrettable. “It does not make a difference, if all of them quit,” he said.

Justice Amin also said that another female student had also approached the court and she had topped all the papers except one and in rechecking she topped that too and secured gold medal.

He also directed the vice chancellor and registrar to submit detailed reply regarding actions they have taken in this regard.

On the other hand, Jabir khan Advocate who had earlier taken out a protest against cases of sexual harassment in IUC, regarding the current situation on the campus, said that university and teachers were supporting the teacher accused of harassment.

He said that even those students who had taken part in the walk were also being harassed. He said that he also faced problems in the varsity while other students faced issues in getting their degrees.

He said that they were contacting other students to raise awareness against sexual harassment.

When TNN approached the female students of the university, they refused to discuss this issue saying that varsity administration will create problems for them.