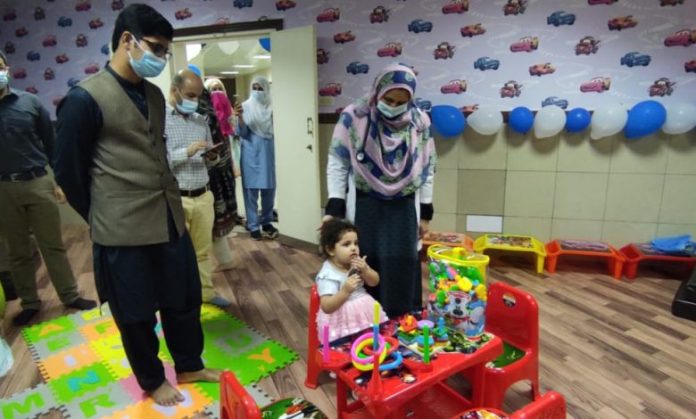 Peshawar Institute of Cardiology (PIC) has setup a full-fledged daycare center to facilitate its female staff.

PIC chairperson Riffat Anjum said that a large number of women were performing their duties at the PIC currently and majority of them were facing problems in taking care of their children. “It is very tough for the working women to take care of their minor children,” she said.

She said that to address the women staff problems, PIC management has setup a daycare center at the hospital premises so that they could close to their children while they are duty and perform their duties to devotion.

On the other hand, PIC staffers also appreciated the decision to setup the daycare center sand said such facilities at the workplace helped them do their job with full dedication. Besides, they said that it also helped them in staying satisfying with the upkeep of their children.

Ms Anjum said that arrangements have been made for education and training of the children at the daycare center while toys and other facilities have also been provided for the kids. In addition to this, she said that special precautions have also been taken for child safety, health and hygiene at the center.