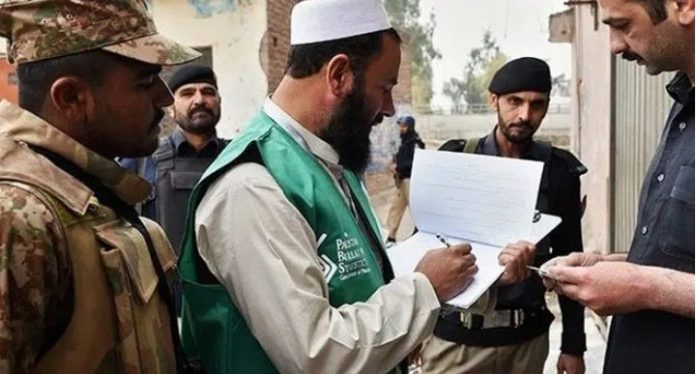 According to sources, relevant authorities have failed to launch even the pilot survey for the census, which was which was initially planned to complete by August. They said that Pakistan Bureau of Statistics needs three to four more months for the purpose.

The constitution of Pakistan provides for holding census in the country after every 10 years. The first census was carried out in 1951. The second one followed in 1961, third in 1972 and fourth in 1981.

However, it took authorities 17 years to hold next census in 1998 while the sixth one took even longer till 2017, when the census was held in Pakistan.

Besides, merged districts, Balochistan and urban areas of Sindh objected to the census results.

Following the reservations of Muttahida Qaumi Movement (MQM), which was a part of Pakistan Tehrik Insaf’s coalition government, the federal government decided to hold digital census in the country before the stipulated time.

However, the plan to hold digital census could not materialize due to the political uncertainty in the country.

The federal government has decided to hold digital census in the country following the reservation of MQM and Khyber Pakhtunkhwa government. Since it is mandatory to hold a census in the country in a decade; however, Prime Minister Imran Khan’s cabinet approved the proposal to hold digital census following the reservations over 2017 census.

Authorities had planned to conduct a digital census in the country and about 100,000 census-takers had to carry out surveys through mobile tablets. However, PBS task was got stuck in slow lane due to the political uncertainty took the country’s in its spiral.

The PBS had been tasked to complete the census by August after launching it in January. However, so far the PBS has failed to conduct even the pilot study for the purpose.

Sources said that they were hopeful of conclusion of pilot survey soon after which training of staff and procurement of mobile tablets will also be started.

About Rs 40 billion will be spent on the project.

When the digital census is is likely to start?

PBS needs more time to address shortcomings identified in the pilot project; therefore, authorities have decided to postpone the digital census for more months instead of starting it in August and workforce of the education department will be used for this purpose.

Officials said that KP Elementary and Secondary Education department has been informed about the delay.

Sources told TNN that the government has issued a schedule for the census in August and planned to provide census taker teachers with tablets. However, this time around, the schedule is likely to be issued in December.

On the other hand, sources said that due to financial constraints; tablets could not be provided so far, which was main reason for the delay.

On the other hand, Election Commission of Pakistan (ECP) has carried out delimitation of constituencies on the basis of 2017 census.

In case if the digital census is completed, then the ECP has had to carry out the delimitation once again.

PBS sources said that the digital census which will start from December will take about 45 to 60 days and it will take another two and half months to check the data and do away with the objections on it and thus they will hand over the data to the ECP by March.

In case of ECP receiving the data, the existing delimitation would be rendered null and void and the commission has to start new delimitation.