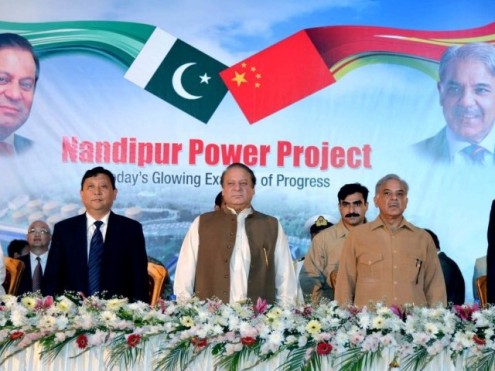 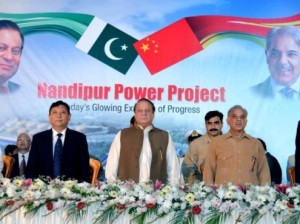 PESHAWAR, May 31: The Prime Minister, Mr Nawaz Sharif, has inaugurated the Nandipur power project in Gujranwala, which will generate 425 megawatts electricity.

He said delay in the power project caused huge loss to the national exchequer. Mr Sharif said negligence on the part of previous government with regards to the Nandipur project was “an unforgivable sin.”

The Nandipur Power Project Manager, Mr Muhammad Mehmood, said the power plant would produce electricity through furnace oil, which would be converted to gas after one year.

The conversion would add 100 megawatts more electricity to the national power grid. The project will be completed with support of China at a cost of 60 billion rupees.

The project manager added that a turbine of power plant had already started working about seven months ago, contributing 100 megawatts to the national grid.

The project is a combined cycle thermal power plant built in Nandipur, Gujranwala. If run on furnace oil, it will produce 425MW of electricity while with gas it will produce 525MW and it is expected to be operational by the end of the year.

In January 2008, Pakistan Electric Power Company (Pepco) signed a Rs23 billion contract with China-based company Dang Fing Electric Corporation for the construction of the project.
In the middle of the 2010, the project was in its final stages of completion, expected in April 2011. However, media reports say the previous Pakistan People’s Party-led government misplaced the summary documents of the project and the summary was ignored for two years.