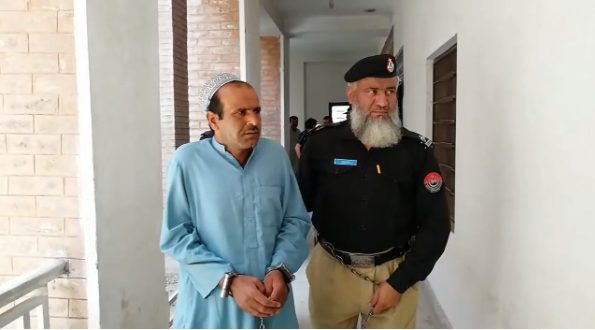 Nowshera police has arrested an accused for murdering his three real children on Eidul Fitr.

Addressing a press conference SP Investigation Nowshera Waqar Khan said that the three children had died by drowning on Eid day in Station Road of Jehangira. He said that the children who aged between six to three years were buried without autopsy after their father did not allow it.

He said that the checking of the CCTV footage from the area showed that the children had gone towards the water tank along with their father.

Mr Khan said that the father had gone into hiding on third day of the children.

Police source said that the accused was arrested from Rawalpindi.

They said that the accused had three wives and planning to get married for fourth time, therefore, he killed his children.

Police has booked the accused for murders on the complaints of his wife. The accused made his confessional statement before judicial magistrate Nowshera.

Police also said that the bodies of the children will be exhumed for autopsy on May 16.