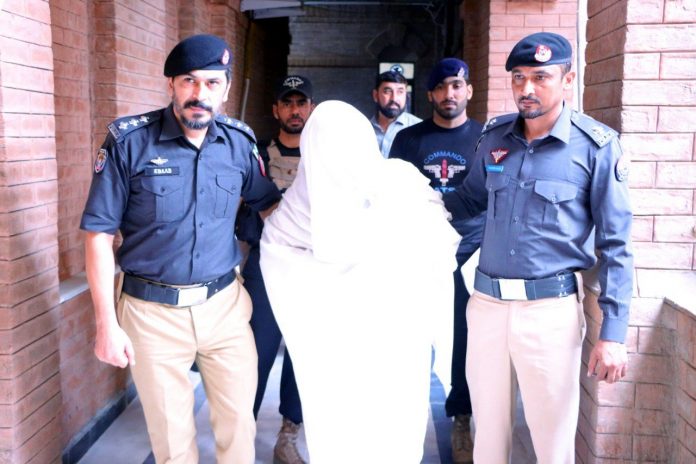 A Peshawar court on Friday gave one day physical custody to police of an accused who was earlier arrested on charges of sexually assaulting three minor girls and murdering to them.

Earlier on Thursday, KP police has announced to arrest the accused after a month long man hunt.

The accused was brought to court in an armored personnel carrier. At this occasion, police asked for physical custody of the accused on the account of further interrogation.

The court accepted the police plea and gave him in one day physical custody.

The accused had on July 3, sexually assaulted a 10 years old girl in Railway Colony area of Peshawar Cantonment area. On July 10, another minor was found unconscious in Gulberg area of Peshawar after sexual assault.

On July 17, another minor was murdered after sexual assault in Kali Bari area of provincial capital.

Earlier on Thursday, KP police chief Moazzam Jah Ansari told a press conference that police has arrested the serial killer who had earlier this month sexually assaulted three girls and murdered two of them.

He said that the accused had targeted minor children and all the incidents took place on Sundays.

Mr Ansari said that this incident was a challenge for the police. He said that police did not find any clue in first two incidents; however, they managed to found some clues in the last incident from Kali Bari area of the city.

Police said that the accused was caught on CCTV footage while grabbing the minor child in Gulberg area of the city, which helped in his arrest.

In the third incident, the accused sexually assaulted a child in Kali Bari area of Peshawar Cantt in the premises of a mosque and later murdered her.