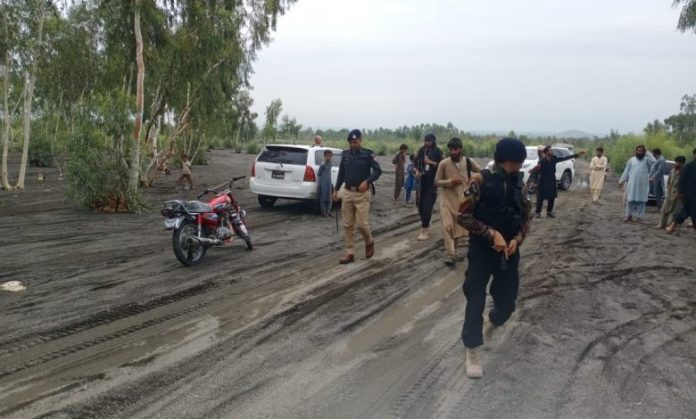 A policeman was martyred while three others including a cop were injured in two separate attacks targeting police in Khyber and Nowshera districts.

Sources said that unknown attackers opened fire on sub inspector Andaz Gul in Bara tehsil of Khyber district. The cop was on his way to duty, when he came under Shinko Dagri area of Bar Qambar. He was rushed to the hospital in injured condition, however, succumbed to his wounds at the hospital.

Police launched a search operation in the area following the attack; however, there were no reports of any immediate arrests.

On the other hand, unknown attackers also opened fire on a police patrolling van in Khwar Bazaar of Akora Khattak area of Nowshera district. The firing left a policeman identified as Waqas and two other people critically wounded.

DPO Nowshera Muhammad Umar Gandapur said that bazaar’s guard Inam Sufi was also among the injured. The attackers managed to escape from the scene after the attack.

The injured were rushed to the Qazi Hussain Ahmed Medical Complex for treatment.

Police also launched a search operation in the area.

The policemen were duty at a check-post when unknown motorcyclists opened fire on them. The injured cop died on their way to hospital.