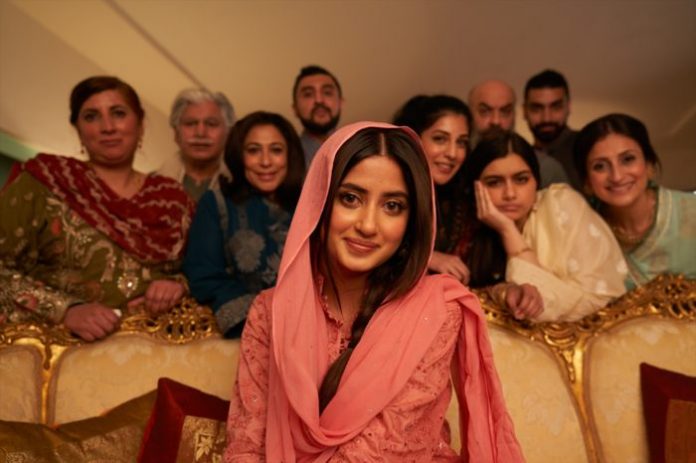 Jemima Khan has joined hands with author Fatima Bhutto for the Indus Relief 2022 fundraiser to raise funds for the Sindh’s flood affectees and will be arranging a private screening of her film What’s Love Got To Do With It?

“We are auctioning a private screening in London for up to 20 people of our film What’s Love Got To Do With It? See you there,” she wrote on Twitter.

Besides, she has also shared a link of auction, which stated that one lucky winner and 20 of their friends will have a private screening of What’s Love Got To Do With It? written by Jemima Khan and directed by Shekar Kapur at Working Title Films, London.

“This exclusive opportunity, hosted by Jemima Khan and Fatima Bhutto, means that the winner can see What’s Love Got To Do With It? before its theatrical release,” it read.

The winner can choose their guests and time and date, two weeks before the film’s release in January 2023, subject to the private theatre’s availability. Jemima will introduce the film and Fatima will join her to say hello to the auction winners. This is a once in a lifetime opportunity.

“Please note that the screening is for 21 people,” she said.

“We are auctioning some incredible experiences to raise funds for flood relief in Pakistan: A private screening of @Jemima_Khan ‘s new film An hour with @thenitinsawhney in his studio  @rupikaur_tickets VIP tickets to @fosgoodwood and more!,” Ms Bhutto wrote on Twitter.

In addition to this, original artwork by Misha Japanwala, Zulfikar Ali Bhutto Junior, Abdullah Qureshi, Hiba Schahbaz, Naizah Khan and couture by Shahmir Sanni. VIP tickets for Goodwood Revival, a motorcar race, and a horse race are also being offered.