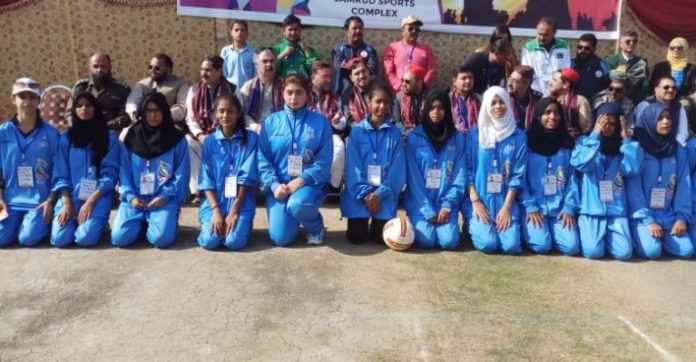 PESHAWAR: Fata Olympic Association kept this honour of sending players from tribal areas to different national and international-level competitions, but after disbanding of the Association in the aftermath of merger with Khyber Pakhtunkhwa, tribal players have been kept deprived of many opportunities.

There are fewer female players from the merged districts but still, they are not given proper opportunities to achieve their goals. Bushra, an international Judo player from the merged districts, says, “The girls of ex-Fata have to go through a lot of difficulties. First they have to fight against societal norms and later on with the authorities to have their rights.”

Maria Toorpakai Wazir, who is an international squash player, is one of the well-known female players from merged districts. Bushra who is Judo player from merged districts, had also represented Pakistan at international level. She added that during COVID-19, there wasn’t a single sports event being held in the merged districts, although the government of KP arranged several events following the standard operating procedures (SOPs). She shared her personal experience of representing Pakistan at the international level but still, she was disappointed, citing the ineptness of the responsible bodies to heed to female players’ concerns.

Another athlete Sami Khan, who is the fastest sprint runner, said that players belonging to the tribal districts are highly talented, but unfortunately they are not given enough opportunities to utilize their talent.

“We were hoping that the merger will bring some good perks for us, but facts on grounds are quite different. I am facing financial crisis, despite being Pakistan’s fastest runner and record holder,” Sami Khan added.

A sports journalist from merged districts Ayaz Raza told that seven players from Landikotal have participated in the international-level competitions.

“Fata Olympic Association was the only platform for the tribal players. It was established in 2012 to make space for tribal players in national and international competitions. Now in the KP team, tribal players get negligible representation as it is difficult to compete with the highly-facilitated KP players,” he said.

Atif Shinwari, Yaser Afridi and Awais, who belong to ex-Fata, are prominent football players who represent Pakistan at the international level. Also, Usman Shinwari and Shaheen Shah Afridi are the prominent/star cricketers belonging to Landikotal and whose talents are being recognized internationally for their exceptional bowling skills/performances and they have contributed well in making many wins for Pakistan. Similarly, players like Nabeel, Samad, Farhad Shinwari and Rehmat Gul Afridi have brought good name for Pakistan in Karate. In athletics, Sami Khan is a prominent star who has won many medals in international level sports events.

“We have established Tribal Sports Association to protect the talent of tribal players. The side-effects of the merger will take some time to settle,” he said.