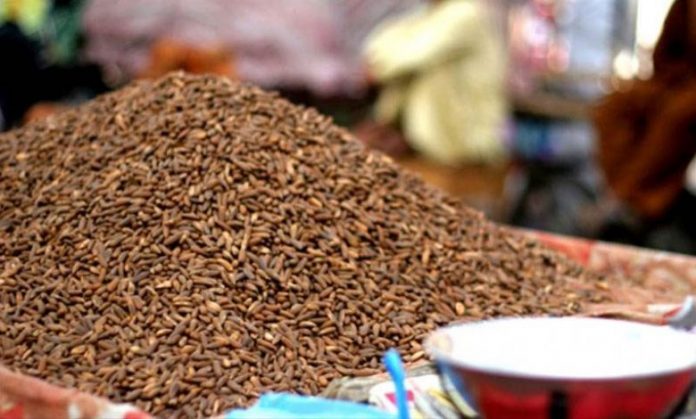 South Waziristan district is known for its famous chilghoza or pine nuts. Chilghoza plays an important part in the local economy and about 20 percent of districts forests comprise of pine nut trees. Pine nut trees are spread all over the district forests including Shakai, Angoor Adda and other areas located on Pak-Afghan border.

These pine nut forests are an important source of income for local farmers.

Pine nut produces is harvested from September to November in Pakistan. Since chilghoza is a seasonal produce of specific areas; therefore, it is not abundantly available.

Chilghoza is foremost agricultural produce of South Waziristan. In addition to this, chilghoza produced in the district is distinct due to its larger size and water content is said to negligible in the nuts; therefore, higher in demand in export market..

However, local farmers are not reaping good benefits due to lack of know-how of modern agricultural techniques and technology.

Many a times, they end harvesting the produce even before it is ripe and secondly they do not dry pine nut cones in sunlight, fearing it will reduce their weight. However, such a decrease in weight has the potential to save them from big trouble.

Drying pine nuts in sunlight brings a luster to the nuts and adds a golden color to them, which is regarded highly by the customers. In addition to this, drying nuts it the sunlight saves them from mould.

Besides, the pine nut picking methods are also archaic and while collecting cones they ruin what the trees has to bore the next year.

Local farmers in Chitral and South Waziristan usually sell their produce of cones to local traders or collectors and they later take the produce to the local markets. In some cases, the farmers sell the produce while it is on trees.

In case, the farmers can reap huge benefits if they start roasting and packaging the nuts, besides, creating employment opportunities for local youth.

In addition to this, turning their produce into brands will give them access to local markets and opportunities they offer and directly link the farmers with the markets.

Similarly, the farmers can start marketing to local and countrywide markets at the same time. In addition to this, grading the produce and quality improvements can further increase their profits. In the current system, middlemen pay half of the price at the spot while the rest a few months later.

Dera Ismail Khan is a major pine market; however, it sees less trade.

Bannu is second important market for pine nut trade. In the olden days, even traders from China used to visit it while chilghoza from Chitral and Sakrdu also landed here.

Pine nuts from Bannu and Peshawar go to Rawalpindi market.

There is urgent need to train local farmers on modern techniques on pine nut farming to enable them to earn more. Economic Revitalization of Khyber Pakhtunkhwa, ERKF is also working in merged areas with the help of World Bank funded Multi-Donor Trust Fund is working on farmers training and government should also focus on training of the farmers.