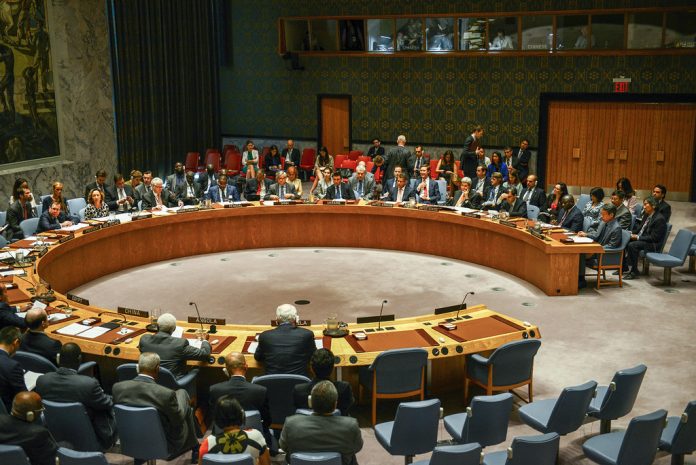 Speaking to a penal on “UN Security Council Reform: A New Approach to the Reconstruction of the International Order,” Turkiye’s communication chief Fahrettin Altun told the participants that the “unjust structure” of the UN Security Council with its five permanent members must change, and comprehensive reform is needed. He further added that the UN is far from meeting the expectations of the international community.

United Nations has various organs but the Security Council is one of the most (doctrinally) effective, influential and powerful organs with a handful of members, nation-states. With the 75th anniversary and session of the UN, debate on the reforming the UNSC gained traction.

The UNSC is the principal organ of the UN for maintaining International Peace and Security, wars and conflicts management and disputes resolution in the world. The UNSC was established in 1945, it initially consisted of 11 members. The World War II victors and the principal architects of the UN became the permanent members with veto power, the rest being non-permanent members. Eight years later in 1963, the UN General Assembly amended its charter to expand the council membership. With 4 additional seats, the non-permanent seats were raised from six to ten. The reform was implemented in 1965. Currently it has total fifteen members. In its 75 years life span, it has been altered once and exists in its old format of 1965.

The Indian Prime Minister Narendra Modi in his address to 75th anniversary and session of UN, asked for a permanent seat on the UN SC by stating, “till when do we have to wait? Till when will India be kept away from the UN’s decision making process?” He iterated that India would play more prominent role in the UN SC. Pakistan’s permanent representative to the UN, Munir Khan vehemently opposed India’s plea for permanent UN SC seat scathing India that, “The world doesn’t want a fascist state as a permanent member of the security council.”

The demand for reforming the SC is not a new phenomenon. In early 1990 and then later in 2005 the issue drew attention but with no fruition. Many states want UNSC to be reformed. There are two prominent factions, both are at loggerhead with each other and there exists divergence of interests between them. On the one hand, a group dubbed G4 comprised of Germany, Brazil, Japan and India. This group is contemplating sweeping internal reforms, both at the structural and functional levels, to adapt itself to the changing needs of time. On the other hand, the “Uniting for Consensus” group comprised of Pakistan, Italy, Argentina, South Korea, and Mexico, among others, wish for reform to increase the non-permanent seats from the present 10 to 20-21 to ensure equal representation for all UN member states. Pakistan is a strong opponent to India’s bid for permanent candidature in the UNSC.

Africa is of the opinion that the Council’s present composition is no longer representative because a huge number of new states have joined the UN since 1945 and they have no representation in the council.

Six new permanent members to the Security Council should be allocated. Two seats each for Asia and Africa, one seat for the Western European, Latin American and Caribbean group, respectively.

Additional four or five non-permanent seats to be added to the Security Council’s existing ten non permanent seats. One seat each for Asia, Latin America and the Caribbean, Eastern Europe and one or two seats for Africa.

Now the question is would Germany and India succeed in their bid for permanent SC membership? And should they get this privilege?

Any state can achieve a permanent seat of SC by making a handsome contribution to the UN. According to Article 23 of the UN charter, the primary criterion for SC’s membership is the contribution to UN’s work. The geographical distribution for equitability is of an ancillary weightage/consideration. As far as concerned with the Germany’s role and contribution to the UN’s work is tremendous. Germany is no longer a fascist and radical state. It has completely transformed herself. Now she makes a considerable proportion to UN aid and is the second and fourth largest contributor to the UN’s work in voluntary and regular contributions taken together and development aid, respectively. Germany also plays a significant role to achieve UN’s main goals. For instance, by deploying soldiers to International Peace missions such as missions in Mali and in Lebanon.

India has colossal interest in the G4 proposal because it demands permanent as well as non-permanent seats for Asia, as mentioned earlier. And there is much possibility of India to achieve permanent membership. Once India achieved permanent seat, it might be worrisome for Pakistan.

Though, it is not yet confirmed, whether the new permanent members would have veto power or not? If UNSC confers a veto power on them, then India will surely create hindrances for Pakistan. One must know that why India is so keen to achieve the permanent membership? Every state, according to realist perspective, pursues self-interests and power. India, like major powers, wants to establish an aura of sway around herself; first, to deter China in the region; second, to kick off Pakistan and undermine its role. If India achieves the permanent seat, ultimately it has the right to participate in the decision making process of the Council.

As we know that Pakistan and India have an internationally recognized Kashmir dispute. As a conforming state to UN, Pakistan consistently urges the international community to solve the problem in accordance with the UN charter. We should keep in mind that it will be difficult for Pakistan, first, to win the decision because in case where the resolution goes in favor of Pakistan, the resolution is likely to be vetoed by India. Second, India can misuse the (extra) legal veto power against any other nation, particularly Pakistan. It will jeopardize the council’s remnant effectiveness—Remnant effectiveness in a sense that the SC is no longer helpful in mitigating critical circumstances, given its waning influence.

But the UNSC reform is problematic as well. First, though India has managed to secure four out of P5 members’ support for its SC bid. Nevertheless, India’s arch rival, China will not support its induction into the group of P5. Second, the procedural mechanism to get a reform resolution passed from the UN General Assembly is not less than insurmountable for India as well Germany.

Concluding, to ensure equal representation in the council, the world needs to add additional non-permanent seats. Additional permanent members would paralyze the existing balance and undermine the effectiveness.

The author is a fresh graduate in International Relations from University of Sargodha.