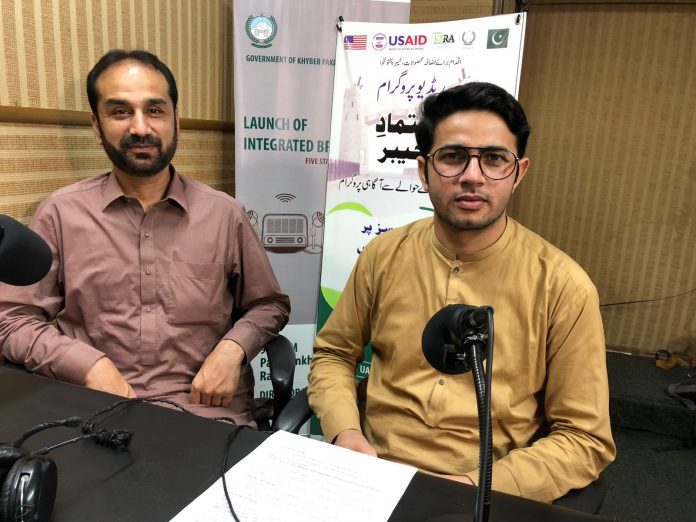 Taxpayers play a crucial role development of the province and taxes thus collected are spent on provision of health, education, security and other basic needs of public.

Director Communication KPRA Aftab Ahmed said that all of its taxpayers were registered with the authority. He said that all those public sectors who pay tax to the authority are known as withholders while those collecting this tax from public are called withholding agents.

Mr Aftab said that it was legal requirement to pay taxes and it was binding on withholding agents to cooperate with the KPRA.

He said that withholding agents played the role of backbone in province economy and last year they deposited Rs 5.8 billion in province’s kitty. “We are trying to increase their numbers and are also arranging training workshops and their problems are resolved,” he said.

Besides, he said that they also brief of taxation and technical issues and they can also approach the authority on its call center to address it.

In case of a withholding agent not paying tax can face fine up to Rs 25,000 or five percent of the tax under the KP Sales Tax on Services Act 2022, he said.

Mr Aftab said that in addition to this, in case of tax fraud the case is sent to KPRA tribunal and fraud can even lead of jail term.

Mr Aftab said that the issue of non-payment of tax was in the hospitality sector and the authority has run an awareness campaign to address this issue.

He asked the taxpayer to pay their due tax on timely basis.

Besides, he said that there was a monitoring team working in KPRA which ensured collection of services tax from government departments on government tenders.

“We issue notices to withholding agents when they fail to pay their tax and perform audit of such business,” he said. He said that if they fail to provide details to audit team, they can face fine from Rs 50,000 to Rs 300,000.

However, he said that there was no sales tax on those belonging to Fata and Pata; however, some outsider doing business in both areas will have to pay the tax.

In addition to this, he said that there 47 taxes on 92 services including restaurants, advertising agencies, beauticians, workshops and dhabbas.

Besides, he said that a customer should try to get a computer printed receipts from a service provider, having NTN number and other details.