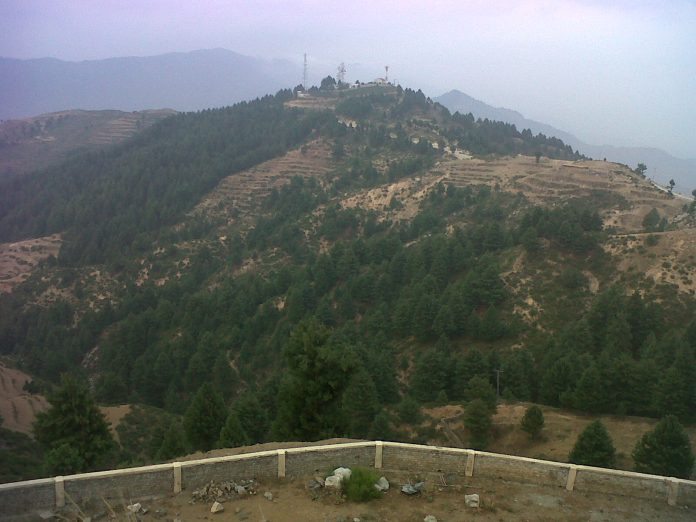 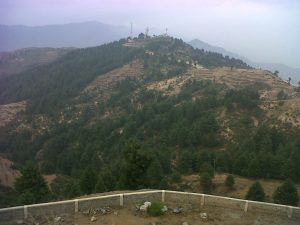 LARAM TOP, Lower Dir: The midnight howling of jackals on the forested and cloud-piercing Laram hills may disturb tourists. However, for the quinquagenarian Muhammad Karim Khan it is a routine affair.

Karim Khan is a resident of the area by birth and enjoys serving the guests and tourists. His sense of hospitality is evident by the grin on his face whenever he welcomes someone.

“They come in large numbers at night and howl for hours,” he says, radiating a smile and explaining about the jackals in the forests. “We are used to it; it is the tourists who are disturbed while asleep,” he adds.

With the mercury at its peak, the Laram Top has become a magnet for tourists nowadays. Located at an altitude of almost 8,500 feet, Laram area is part of Adenzai tehsil of Lower Dir district and offers its visitors towering hills, feeling of winter in the summer season and an opportunity to stroll over the clouds due to its high altitude.

Timergara, the main town of Lower Dir, is laying on its western side and famous tourist resort of Malam Jaba on its eastern side. On its south western side is the famous historical Talash valley.

Laram Top can be reached from different areas like Rabat, Talash, Ouch and Timergara. It is also accessible by two roads, one from Ouch, about 21km long and metalled for about 5km up to the base of Laram mountain, and then a road, about 17km, to the top of Laram. The second road goes from Rabat Bazaar.

The mountaintop also has a radar system and a TV booster. The radar area is usually the focus of tourist’ attention due to the serene environment for being surrounded by a thick forest.