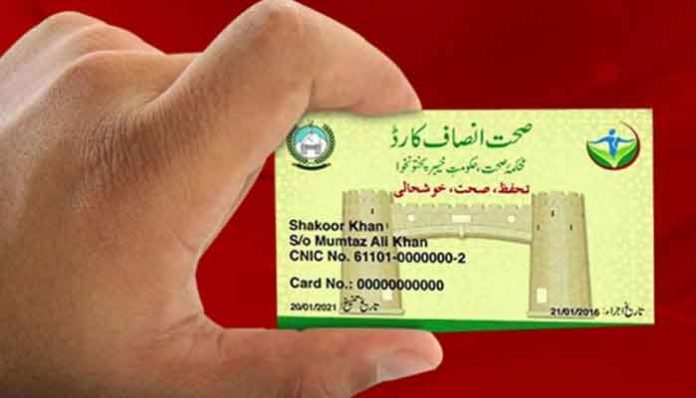 Speaking a function in connection with the health insurance scheme at the Mardan Medical Complex, he said that over 1.5 million families of merged districts have also been covered under the programme recently.

Dr Tanoli said that KP government was spending Rs 27 billion on providing free treatment under the Sehat Suhalat Programme. He said that the recently government has covered the liver transport, prosthetic transplant and neurosurgical procedures in the programme.

Besides, he said that steps were also being taken to include thalassemia, bone marrow transplant and knee joint treatment in the health insurance scheme.

However, he said that steps were being made to treat more and more number of people under the programme at the public sector hospitals.

Dr Tanoli said that Sehat Card Plus scheme was a flagship project of the KP government and to ensure its continuity provincial government has allocated funds for three years.

He said that 1154 hospitals across the county including 54 public sector hospitals of the province were providing free treatment under the Sehat Card Plus scheme.

Dr Tanoli at this occasion also appreciated six months performance of MMC which stood sixth among top 10 hospitals providing treatment under the programme.

He hoped that MMC will further go up on this list.

MMC Sehat Card Plus focal person Dr Qasim at this occasion said that the ratio of patients availing treatment under the health insurance scheme has gone up from eight percent to 55 percent over past six months.

He said that they were planning to raise this to 70 percent by next month and have chalked out a strategy for this purpose.

However, he said that the due to the form-B, failure to register marriages, delays in updating details of orphans were leaving many people without the health coverage under the scheme.